The government of Botswana has said that the Mohembo Bridge - which is almost one year behind schedule - has escaped further delays during the coronavirus pandemic.

A government delegation learnt during a recent visit that the site remained operational during the lockdown period. The project is two-thirds complete and the new completion date has been set as 25 May 2021. 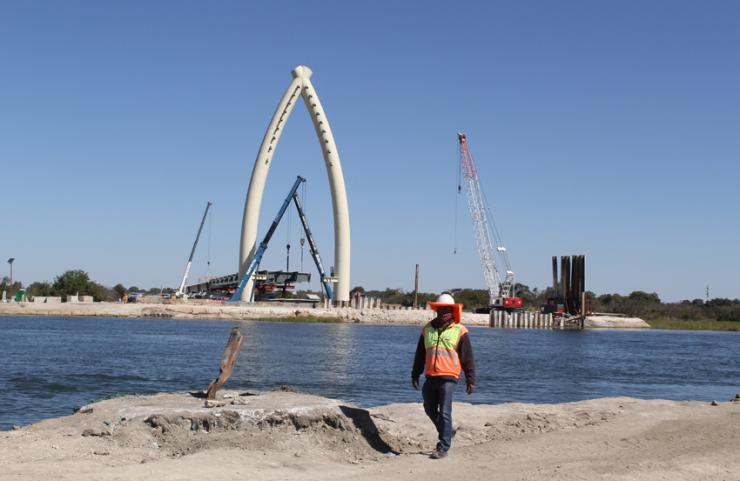 Itaneri was appointed in 2016 to build the bridge over the Okavango River and the project was initially scheduled for completion in July last year.

The government said that the delays resulted from challenges including finalisation of the alternative design - which took longer than expected - and sourcing of material from as far as Italy.

Ministry of Transport & Communications permanent secretary Alicia Mokone said that although the project was behind schedule, the contractor did not experience any delay during lockdown apart from travelling issues. “The purpose of our visit was to check on the project progress, appreciate challenges with a view to see how best we can unblock the issues as the bridge is one of the major government projects,” she added.

Project senior resident engineer Veeranagowda Partel said that he appreciated assistance extended to the contractor to ensure timely procurement of parts and equipment as well as successful delivery of construction material. He cited the delivery of two consignments, which reached the site last month amid extreme social distancing.

Finance and economic development permanent secretary Dr Wilfred Mandlebe appreciated the good progress of the project especially since there were no reports of cost escalations. The government encourages contractors to complete projects within stipulated time and budget to avoid cost overruns, he said, and called on the contractor to complete the project within the revised budget.