The concepts for a US$90 million upgrade of the Tasman Bridge in Australia have been released for public comment.

The project will be the first major upgrade to the bridge since 1975. It is being jointly funded by the Australian and Tasmanian governments, with each committing half of the US$90 million needed.

Major improvements will include providing a 3.5m-wide pathway on each side of the bridge, heightened safety barriers, upgraded maintenance infrastructure and feature lighting.

The bridge will be structurally strengthened to support the addition of the bigger pathways and allow for future traffic demands.

A tender for the final design and construction of the upgrade will be released in late 2022, with construction expected to start from mid-2023.

Federal minister for infrastructure, transport, regional development and local government Catherine King said: “The Tasman Bridge forms part of the key urban freight and passenger corridor in Hobart, being a vital link between the eastern and western suburbs of the city. The Australian government is committed to improving road safety and access, to ensure commuters get home safe and sound, and that’s exactly what this upgrade is all about.”

Tasmanian minister for infrastructure and transport Michael Ferguson said: “The upgrade will make this iconic and much-loved Tasmanian landmark and critical transport link more suitable for contemporary demands, including the growing number of people looking for an alternative to car use.

“It will improve safety and ease of use for pedestrians, cyclists and vehicles and enhance its appearance.” 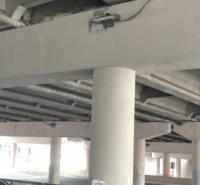