The first of 32 orthotropic steel deck (OSD) spans has been erected for the second package of work on the 22km-long Mumbai Trans Harbour Link (MTHL) in India.

The span is being built by the second package’s joint venture contracting team of Tata Projects and Daewoo.

The Mumbai Trans Harbour Link will be a six-lane bridge with about 16.5km over the sea and about 5.5km of approach viaducts. Construction has been divided into three packages.

The steel spans are fabricated in workshops in places including Japan, South Korea, Vietnam, Taiwan and Myanmar. Final assembly of the first span took place in December ahead of the superstructure being raised into place from a barge this week. The span has length about 70m and the width of the steel superstructure is about 14.9m for each carriageway. 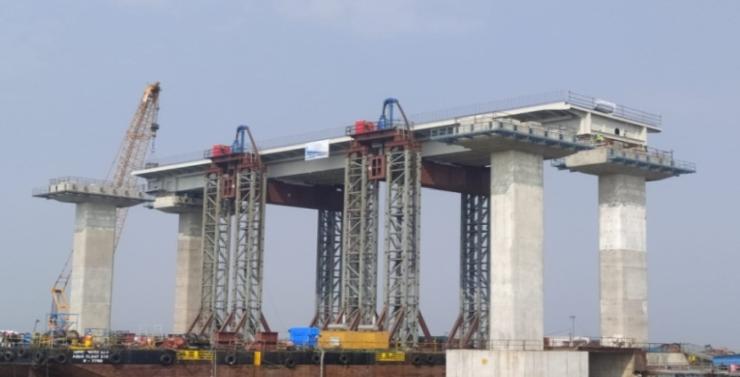 Metropolitan commissioner of Mumbai Metropolitan Region Development Authority (MMRDA) SVR Srinivas described the operation as a ‘moment of pride for India and MMRDA’. “This is an important milestone in the engineering history of the country,” he said.

The project is expected to be completed in 2023. 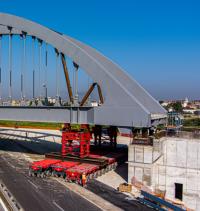