Forty British bridges to become concert venues for a day

British public service broadcaster, the BBC, has announced a celebratory day of live music performances at more than 40 bridges around the country.

The programme is part of the wider BBC Music Day 2016 on Friday 3 June.

BBC Local Radio, in partnership with BBC Outreach, will be marking the day with ‘Take it to the Bridge’, involving musical collaborations on over 40 bridges – from iconic bridges, such as the Tees Transporter Bridge in Middlesbrough, to smaller crossings including Bishop Bridge in Norwich and Tadcaster Bridge in Yorkshire. Performers will include local community groups and choirs, with BBC local radio stations broadcasting live from the bridges throughout the day.

BBC Wales and BBC Bristol are joining forces at dawn for a celebration of the 50th anniversary of the first Severn Bridge, which connects South Wales to the West Country. Classical Brit Award-winners Only Men Aloud will lead the performance of a new song - composed especially for BBC Music Day – by Grammy Award-winning songwriter Amy Wadge. 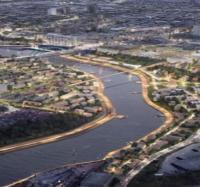