Replacement of a key railway bridge in the north-eastern USA has officially entered the engineering phase and moved closer to securing funding.

Portal North Bridge is 110 years old, in need of repair and a source of delays for New Jersey Transit and Amtrak trains running between New Jersey and New York. Trains crossing the bridge must slow down, and when it opens to allow boats to pass it sometimes fails to close.

New Jersey governor Phil Murphy said: “The Federal Transit Administration has committed to authorising entry into the engineering phase and accelerating federal funding in the amount of US$766.5 million for the Portal North Bridge, a huge win for New Jersey, the region, and the national economy."

The progress was also welcomed by other politicians who have been championing the replacement of the bridge. It forms part of the broader Gateway project, which also includes construction of a new rail tunnel under the Hudson River into Manhattan.

Representative Tom Malinowski said: “Delivering the Portal North Bridge for my constituents has been among my highest priorities since coming to Congress. “Relentless pressure from Congress has produced this major win for New Jersey commuters and I look forward to seeing it over the finish line as we continue to fight for the Hudson River Tunnel as well.”

Senator Bob Menendez said: “By moving into the engineering phase of the Capital Investment Grants programme, we are one step closer to securing a federal full funding agreement to replace the oft-malfunctioning Portal Bridge. Portal has long outlived its usefulness and has become the bane of existence for transit riders mired in delays on the Northeast Corridor."

New Jersey Transit had requested approximately US$800 million in funds to complete the estimated US$1.8 billion bridge replacement project. 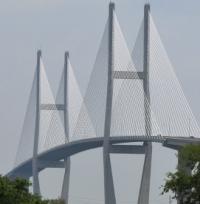 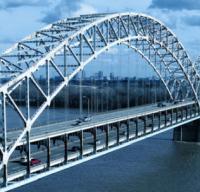 Plans unveiled to open Forth Bridge to visitors