Heavy-lift specialist Mammoet has introduced bamboo as a more sustainable material to support its jacking operations. For many years the company has relied on stacking beams of azobé, also known as ekki, to support hydraulic jacks while pushing a heavy load upwards.

Since the use of hardwood from endangered tropical forests has become an increasing concern, Mammoet initiated a research and development programme to find a suitable replacement. Various alternatives were considered, including reinforced plastic and aluminium but most materials were either not strong enough, too heavy or too expensive.

Bamboo turned out to have many advantages: it is even stronger than azobé, grows very quickly and can be harvested without killing the plant. Furthermore, it absorbs more CO2 and releases more oxygen than almost any other plant. Beams are created by steaming bamboo cane in an oven, molding the fibres with special resin, compressing and then baking at high temperature. The resulting material consists of 95% fibre and 5% resin. 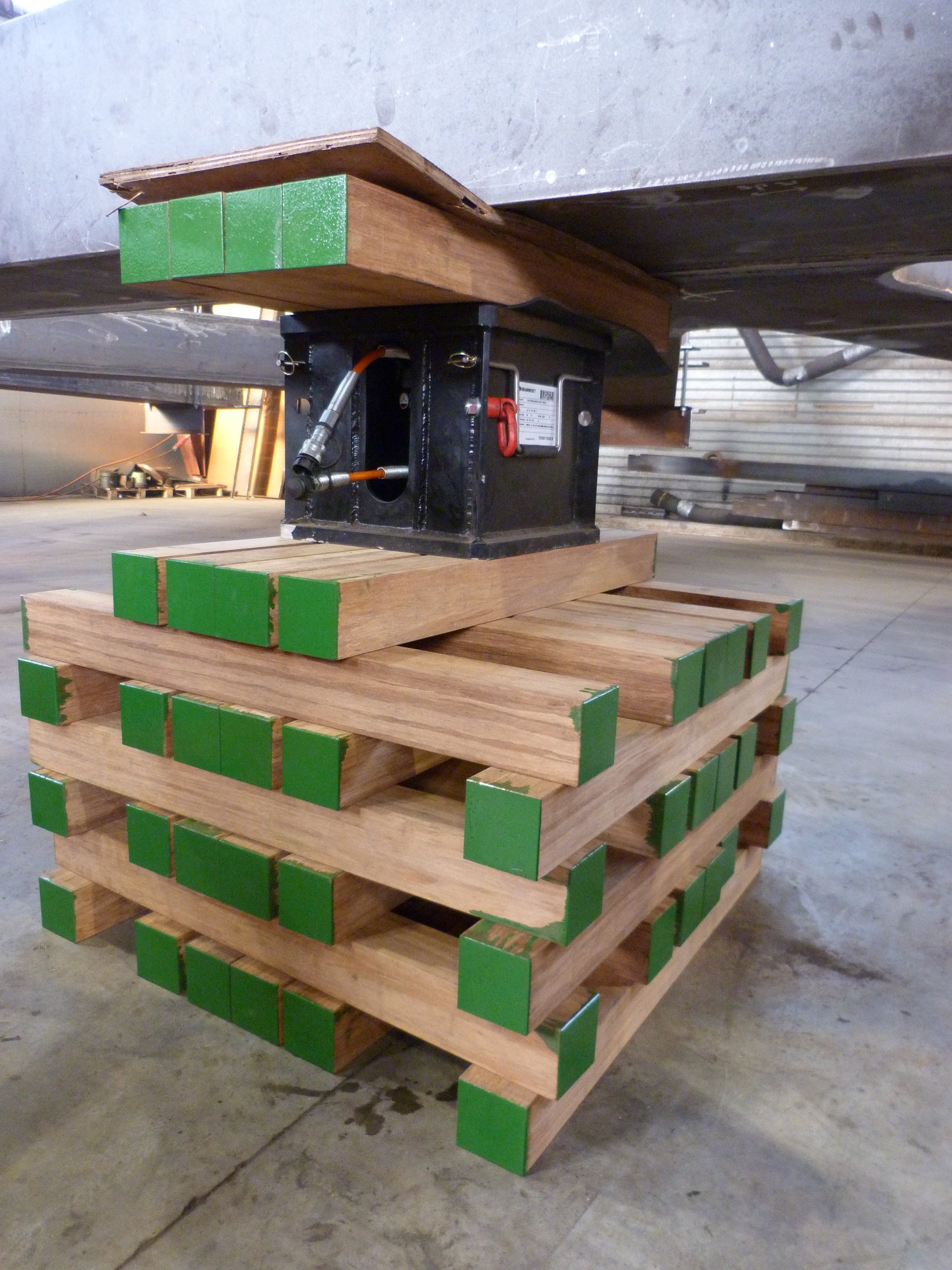 These beams have been subjected to more than 2,000 tests to analyse how they react to friction, load, temperature, compression, bending and prolonged exposure to water and diesel. Bamboo has proven to be a significant improvement, with better stiffness and strength, compared to azobé.

At the end of last year, an initial seven hundred bamboo beams have been sent out into the field. Mammoet will start using more bamboo beams in all of its regions worldwide as the existing azobé beams need to be replaced.