Community consultation has resulted in a new alignment for the US$169 million Swan River Crossings project in Fremantle, Western Australia.

The project, which includes a new rail bridge and new road bridge, will be constructed between the existing Fremantle Traffic Bridge and current rail bridge. There will also be cycling and pedestrian facilities. 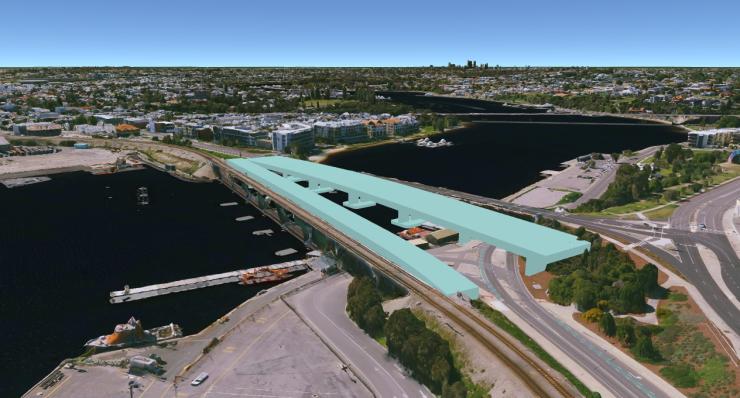 Initially, the new bridges were to be built east of the existing Fremantle Traffic Bridge but alternative locations were assessed by the construction team in direct response to community feedback. More than 1,000 people had their say on the four bridge alignment options.

Part of the existing Fremantle Traffic Bridge may be retained, with the remainder of the bridge to be demolished.

The preferred alignment will now be progressed through to development and design.

Premier Mark McGowan described the Fremantle Traffic Bridge as an iconic and popular structure that has been a staple in the Fremantle community for the past 83 years. "We anticipate early works to commence later this year, with major construction kicking off in early 2022, supporting more than 1,400 local jobs,” he said.