The Swedish Transport Administration has commissioned the construction of a new bridge over the Tärendo River in Norrbotten.

Peab will build the 152m-long bridge under a contract worth US$13.4 million. The new bridge will be constructed out of both steel and concrete and will have a higher carrying capacity than the existing structure.

The project also includes construction of new connecting roads to the bridge as well as the widening and strengthening of the existing road.

Mining in the area has led to an increase in the numbers of heavy trucks on the stretch between Kaunisvaara and Svappavaara; the carrying capacity and standard of the existing roads are not high enough to handle the heavy traffic. The roads are being rebuilt under the Swedish Transport Administration’s ‘Ore Transportation Kaunisvaara–Svappavaara’ project, with the aims of improving traffic safety and making passing easier

During construction the old bridge remain open to traffic. When the new bridge is ready, the old one will be torn down as part of the same project.

Construction will begin in February 2021 and is expected to be completed in the summer of 2023. 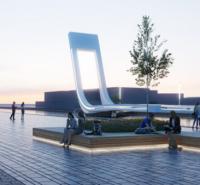 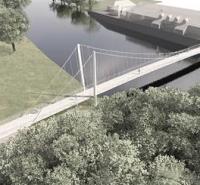 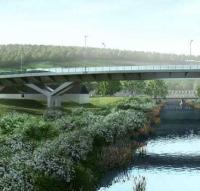