A contract has been awarded for the renovation of an 80-year-old road bridge in the Dutch city of Nijmegen.

Royal VolkerWessels subsidiary KWS has been appointed by the Dutch department of public works to carry out the work on the bridge over the River Waal - the Waalbrug - while the crossing remains in service. The four lanes are to be kept open to cars and public transport buses as much as possible.

The renovation work commissioned by the city of Nijmegen will include replacing the concrete road surface and painting the steel structure. In addition, KWS is to convert the bus lane into a two-way cycle path. 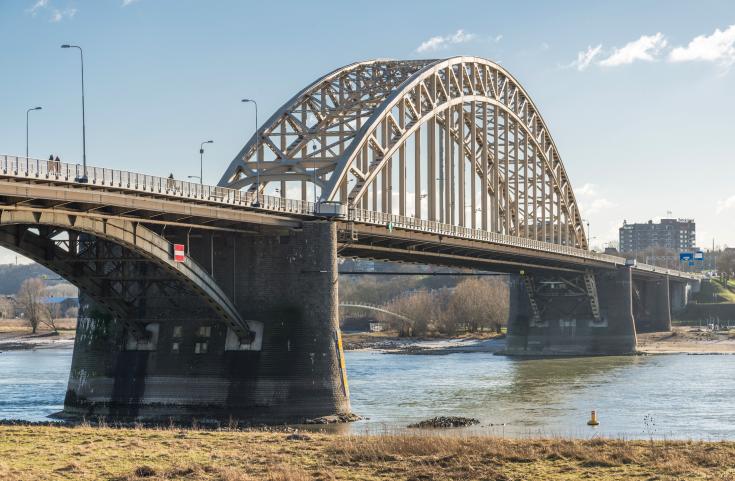 KWS achieved the highest scores on the various selection criteria, including minimising disruption. The minimum requirement was to keep two of the four lanes open but the contractor has designed a plan under which all four will remain largely open to normal traffic. In the evenings and at night, when there is less traffic, only two lanes will be open and there will be a number of weekend and night-time closures. HGVs, coaches and agricultural vehicles will not be able to use the bridge during the renovation work but it will remain open to public transport buses, emergency services, cyclists and pedestrians.

The renovation is scheduled for completion at the end of 2019.

Bratislava bridge to be rebuilt