The U$S1.42-billion contract includes 34km of access roads and viaducts as well as two interchanges.

The cable-stayed bridge will have a main span of 510m and 251m-long side spans. Two central Y-shaped towers will rise 110m above the 51m-wide deck, which will carry three lanes of traffic in each direction plus two central rail lines for Line 3 of Panama Metro.

The new link is expected to carry around 70,000 vehicles per day, easing traffic congestion in the Bridge of the Americas around 2.5km to the south, at the Pacific entrance to the canal. As part of the contract two interchanges will also be built to link with Marcos A Gelabert Airport, the Pan-American Highway and the area of Veracruz to the south.

Consortium Panamá Cuarto Puente is formed by China Communications Construction Company and China Harbour Engineering Company. The consortium won the tender even though it had not obtained the highest score in the technical and economic evaluation (click here for more information).

The design-build contract for the new crossing, which is expected to have a service life of 100 years, was signed 9 November. 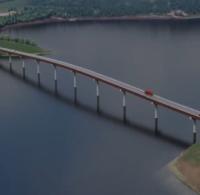 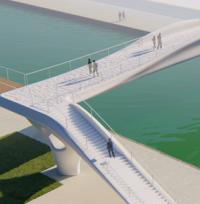 3D-printed footbridge to be built for 2024 Olympics