A total of 80 teams from around the world have qualified to enter a competition to design a new bridge across the River Thames in London, England.

The competition to design the new pedestrian and cycle link between Nine Elms to Pimlico was launched in early December (link opens in new tab). As a first step, the teams had to prove they have the skills and capacity to design the bridge.

Wandsworth Council said that the selected teams hail from 16 different countries and include a mix of world renowned architects and engineers, as well as up-and-coming practices supported by established and suitably resourced partners.

They will now all go head to head in the competition. In a few weeks time, they will submit their first design ideas, which will go on public display on an anonymous basis to ensure that reputations play no part and that the designs are the sole focus.

In March the competition’s jury panel will recommend a shortlist of up to four teams to go through to the next competitive stage. The winner will then be unveiled in late June.

Wandsworth Council leader Ravi Govindia  said: “A bridge specifically designed to carry high volumes of both cyclists and pedestrians will be a first for central London and poses a complex set of architectural, engineering and transport challenges. The design also has to win hearts and minds so form is just as important as function. This bridge will be a valuable additional to our transport network as well as a thing of beauty that is worthy of its location at the centre of a world city.”

The identity of the team behind each design will remain a secret up until the shortlist is named to go through to the next stage.

Everglades to get 4.2km bridge to restore water flow 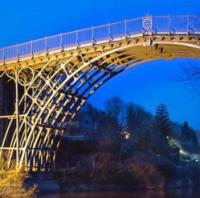 Everglades to get 4.2km bridge to restore water flow