The acquisition will add 5,000 people to WSP’s workforce, predominantly strengthening its footprint in the United States footprint but also broadening its presence in Europe – particularly Spain and France – as well as the Middle East and Latin America. US operations represent approximately 70% of Louis Berger’s 2018 net revenues.

“We are pleased by the opportunity to have Louis Berger join WSP,” said WSP chief executive officer Alexandre L’Heureux. “The company is recognised for its expertise in sectors and services that WSP had targeted for growth, including water, environment (including emergency management) and transportation (including ports and marine), as well as master planning. This acquisition will also enable us to increase our presence in geographies we have previously targeted for growth, such as Continental Europe.” He added that the acquisition will also increase WSP’s exposure to the US federal sector.

Louis Berger chief executive officer Jim Stamatis said: “I am very pleased about the prospect of joining WSP, as our values and strategies are aligned and our operations are complementary. This will create new opportunities for our employees and clients. WSP and Louis Berger are known to each other as we have pursued and won many projects together and as a result, we feel very comfortable in the strategic and cultural fit as we join together.”

The acquisition, which is expected to be completed in the fourth quarter of 2018, is subject to customary closing conditions. 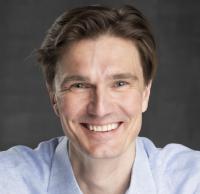