The Philippines government has approved infrastructure projects worth US$10.8 billion, including a 15km elevated transit system and a number of bridges.

The National Economic & Development Authority (NEDA) Board has confirmed the approvals for the Metro Rail Transit (MRT) 4, Edsa Greenways and six other new projects.

“These projects are the building blocks of our people’s dreams and aspirations,” said socioeconomic planning secretary Ernesto Pernia. "As such, we intend to roll out as many as we can to ease congestion and spread growth throughout the country.”

The MRT 4 Project includes the construction of a 15.56km elevated monorail transit system while the Edsa Greenway Project involves the enhancement of pedestrian facilities around key rail stations. 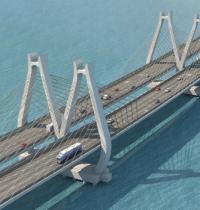