Transport Scotland has published an invitation to tender for the replacement of expansion joints on the Forth Road Bridge.

The project has an estimated value of US$11.3 million and Transport Scotland envisages inviting five candidates to bid for the work.

The contract is due to be awarded in autumn 2017, with a start on site in spring 2018. The bridge has experienced a number of structural issues of late, but a new road bridge, the Queesferry Crossing, is nearing completion alongside it (links open in new tab).

The Forth Road Bridge spans the Firth of Forth and carries the A90 Trunk Road between Fife and Lothian. The main span of the suspension bridge is 1,006m long and the main expansion joints are located at the north and south main towers. These are of the "roller shutter" or rolling leaf type and were developed, fabricated and installed by Demag; they are believed to be the largest and oldest of their type in existence. The replacement joints will be a modified version of the same type of joint. 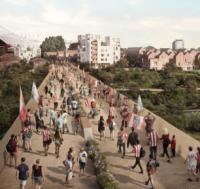 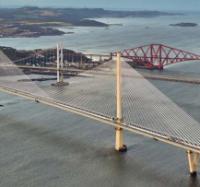