Bridgend County Borough Council in South Wales is to carry out consultation on proposals for a US$23.5 million scheme to replace a level crossing with a bridge.

The proposals could see the Pencoed level crossing closed for good and a new Penprysg Road Bridge built.

Traffic congestion is a long-standing issue in Pencoed, particularly on the road around the level crossing on Hendre Road when the barrier is down to allow rail services to pass through, as well as at Penprysg Road Bridge, which restricts flow to allow for one-way passage over the bridge in either direction. In addition, the congestion issues create problems for bus services, while a lack of ramps around the existing footbridges mean that active travel links are severely restricted.

“This will be, without question, the single biggest transport project in the history of Bridgend County Borough Council,” said council leader Huw David. “In addition to easing congestion and increasing safety by separating the road and railway line, this will also have a positive impact on the local economy and environment. We know that with queuing traffic comes air quality problems and we have a statutory duty to improve air quality and make sure it does not decline. This project is essential to ensuring a smooth flow of traffic through the town."

Councillors have received an update on studies into the proposals for the preferred option of a new bridge and the closure of the level crossing. The plans also include an active travel bridge that would allow pedestrians and cyclists to cross from one side to the other.

David added: "The scheme is also about active travel as much as it is about any other form of transport which shows the importance we attach to active travel at the local authority. We look forward to the public consultation in the autumn, providing a chance for the community to share any issues or solutions they may have, which can then be explored.”

Detailed construction costs will form part of the next stage of the study, which will be used to inform a decision on whether to continue with the proposal. A current conservative estimate is that the preferred option would cost about US$23.5 million. Potential sources of funding for the work includes Cardiff Capital Region City Deal, Welsh government and UK government grants, and infrastructure operator Network Rail. 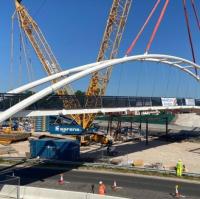 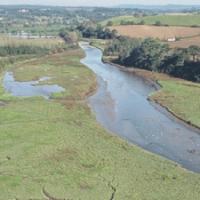 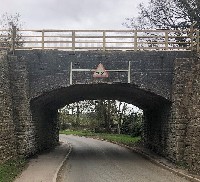