The contractor has been announced for the the Lake Lothing Third Crossing lifting bridge in Lowestoft in eastern England.

BAM Nuttall’s contract for Suffolk County Council will start next week. It will now finalise the design of the crossing, ready for building. The formal award of the construction stage of the contract is scheduled to be announced in the autumn of 2019, following the completion of the planning process.

The Lake Lothing Third Crossing is being built with the aim of reducing vehicle congestion in the town and boosting the local economy. Tendering began in November last year (link opens in new tab).

Suffolk County Council's leader Matthew Hicks said: “The Cabinet unanimously approve the award of this contract, which is a huge milestone in the building of this bridge. Following diligent work from the project teams at the council, we have selected a contractor which we believe brings a balance of high-quality work and value for money. This project will be a big boost to both the people and economy of Lowestoft.” 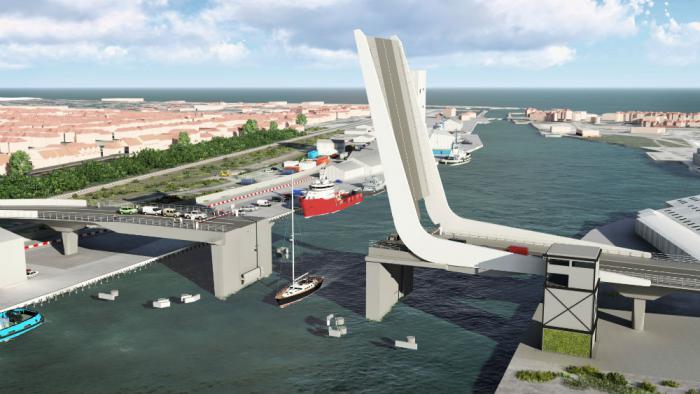 BAM Nuttall already has strong links to the region, having worked on projects such as Great Yarmouth Flood Alleviation Scheme and ABP Ipswich Quay Works. It has a regional base in Thetford and earlier this year held an event to meet contractors in the area to help support the local economy.

Ewan Barr, project director at BAM Nuttall, said that the company looks forward to delivering a new landmark for the town and the east of England and that it plans to open an office near the construction site in the coming months.”

This contractor announcement coincides with the next official stage of the project which involves the government’s Planning Inspectorate. This is the examination stage, which should begin in December, and will last up to six months. At the end of the examination stage, the planning inspector has up to three months to prepare a report and a recommendation on the application for the relevant secretary of state. 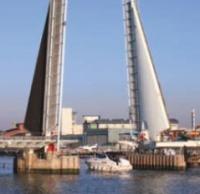 Latest repair gets under way for Poole lifting bridge

Latest repair gets under way for Poole lifting bridge