One of the biggest moments in Croatian history, the long-awaited Pelješac Bridge opened on 26 July.

With a length of 2,440m including approach spans, the extradosed cable-stayed bridge has six towers with single central cable planes and five main spans of 285m. A total of 10 supports are located in the water with two piers on land.

Once the associated road links are complete, vehicles will be able to drive between the Croatian mainland and Dubrovnik, which has been an isolated territory since the country declared its independence from Yugoslavia in June 1991.

Construction started in August 2018 and was undertaken by contractor China Road and Bridge Corporation (CRBC) for client Hrvatske Ceste.

A total of 150 pieces of straight welded tubular steel piles were fabricated for the foundations, with design lengths ranging from 36m to 130.6m and a diameter of 2m. The proportion of piles with a design length of more than 100m exceeds 70%. The pile body comprises S355NH and the wall thickness is 40 mm, while the pile shoes are 2m-long and made from S460NH with a thickness of 60mm.

The pile driving barge used in this project was 78m by 36 m by 128m with a draft depth of 4.2m and displacement tonnage of 12,000t. It can drive piles with a maximum diameter and weight of 7m and 500t, respectively, and was the world’s largest pile driving barge at the time of its use.

The superstructure of Pelješac Bridge uses the traditional box girder design and comprises a three-cell box with a 22.5m-wide and 4.5m-thick orthotropic deck plate. For this project, there were some 165 segments which were split up into the various erection methods required for their installation on site.

For the main span, the segments were 12m-long and installed using the balanced cantilever method. Ten pairs of girders were installed for each of the six pylons using flat barges to transport them beneath derrick cranes which hoisted them into position. To speed up the installation of bridge’s the six side spans – which have a combined length of 657.6m – and decrease the amount of on-site welding, extra-long segments ranging from 36m to 56m were fabricated and lifted into place with a 1,000t-capacity floating crane. Curved and straight sections for the on land portion of the bridge were 12m long and lifted with a floating crane onto temporary onshore platforms before being moved along skid tracks using hydraulic jacks.

The box girders were manufactured in China by ZPMG and CRBBG, both of which have an annual production capacity of over 250,000t. Production of the girder panels started in August 2019, and both manufacturers are equipped with factory production control (FPC) systems and are authorised with the highest execution class EXC4 as per European standards.

The assembly workshops were equipped with 30t-capacity gantry cranes, which could ensure fit-up of up to 18 standard segments simultaneously, and the shop dimensions were large enough to allow the segments to be spliced in accordance with the camber design required. Automatic and mechanical operation and assembly were fully applied in this project, which made use of various mechanical equipment at each processing step. Four U-rib orthotropic deck panel units could be welded simultaneously, significantly improving the deck’s fatigue-resistance capabilities. During on-site installation, closure segments were embedded into the openings and adjusted during constant midnight temperatures, with the gaps of the circumferential welds precisely controlled within 20mm.

High weld quality was ensured by improving the accuracy of manufacturing and assembly, and raising the level of mechanisation, which saw the need for manual polishing decrease remarkably. Furthermore, phased-array ultrasonic testing was adopted to cooperate with traditional NDT methods for high weld quality, and the frequency of NDT was higher than requested by the design specifications. High-quality weld appearance will also enhance the durability of the anti-corrosion system, which is key as the bridge is located in an aggressive coastal area with high humidity and salinity. All steel plate and weld surfaces have a three-coat anti-corrosion system with dry film thickness up to 320 microns, zinc-rich epoxy primer, epoxy-based mid-coat, and polyurethane final coat. The welding and inspection of the superstructure on-site was accomplished in less than five months.

Once the six concrete pylons were completed in February 2021, the contractor began installation of the 12m-long segments that make up the main spans, with the final closure segment raised and welded on 29 July 2021.

To achieve all this there were more than 400 Chinese workers and engineers on site, including welders, assembly workers, NDT inspectors, and anti-corrosion professionals. The team was divided into three groups, which rotated in eight-hour shifts, allowing work to progress 24-hours per day. 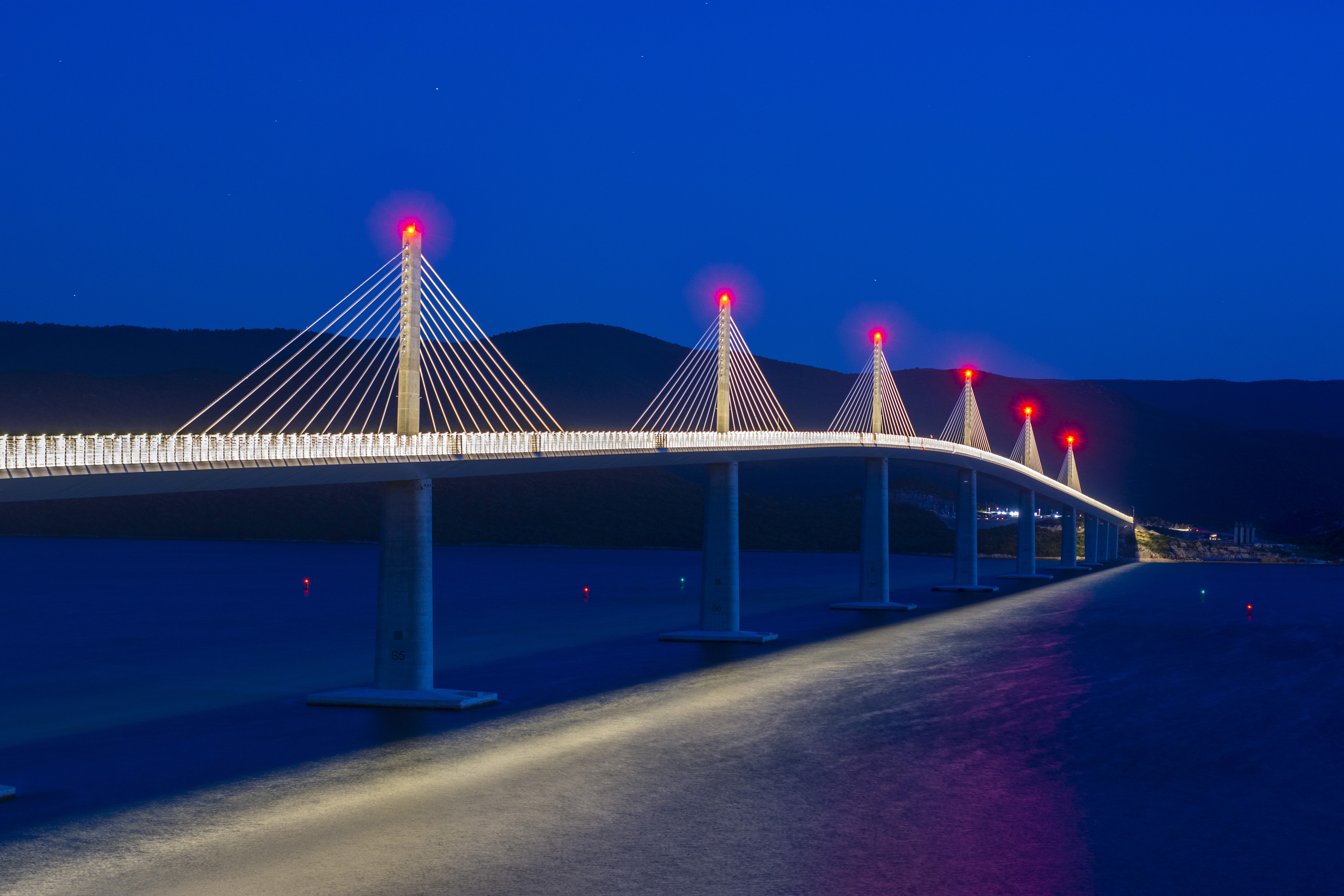 Given the distance between the steel fabrication yards in China and the bridge site in Croatia, long-distance cargo shipping and equipment dispatch were essential. The tubular steel piles and box girders were transported from China to site in six and seven batches, respectively. Meanwhile, the contractor utilised a semi-submersible barge to dispatch numerous construction barges from China to the sites, including the extra-large pile-driving barge, anchor boats, flat storage barges, hopper barges, and floating cranes. During the full construction phase, there were up to 19 different barges on site at the same time. Due to the impact of the epidemic, CRBC mainly relied on the shipment resource of its parent company China Communications Construction Company (CCCC) to deal with ship shortages in the global shipping market.

The cargo vessel took roughly one month to arrive in Croatia with its route passing through regions with monsoons and strong ocean currents, making it important to fix cargo firmly ensure the safety of its shipment. Furthermore, steel box girders were sealed with waterproof materials to avoid their internal areas being polluted by seawater. During the shipment, each vessel’s stability was calculated and approved by international maritime organization rules, while their structural strength was analysed and verified by a third party using the Det Norseke Veritas standard. 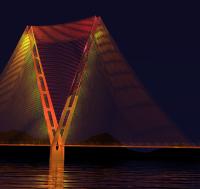 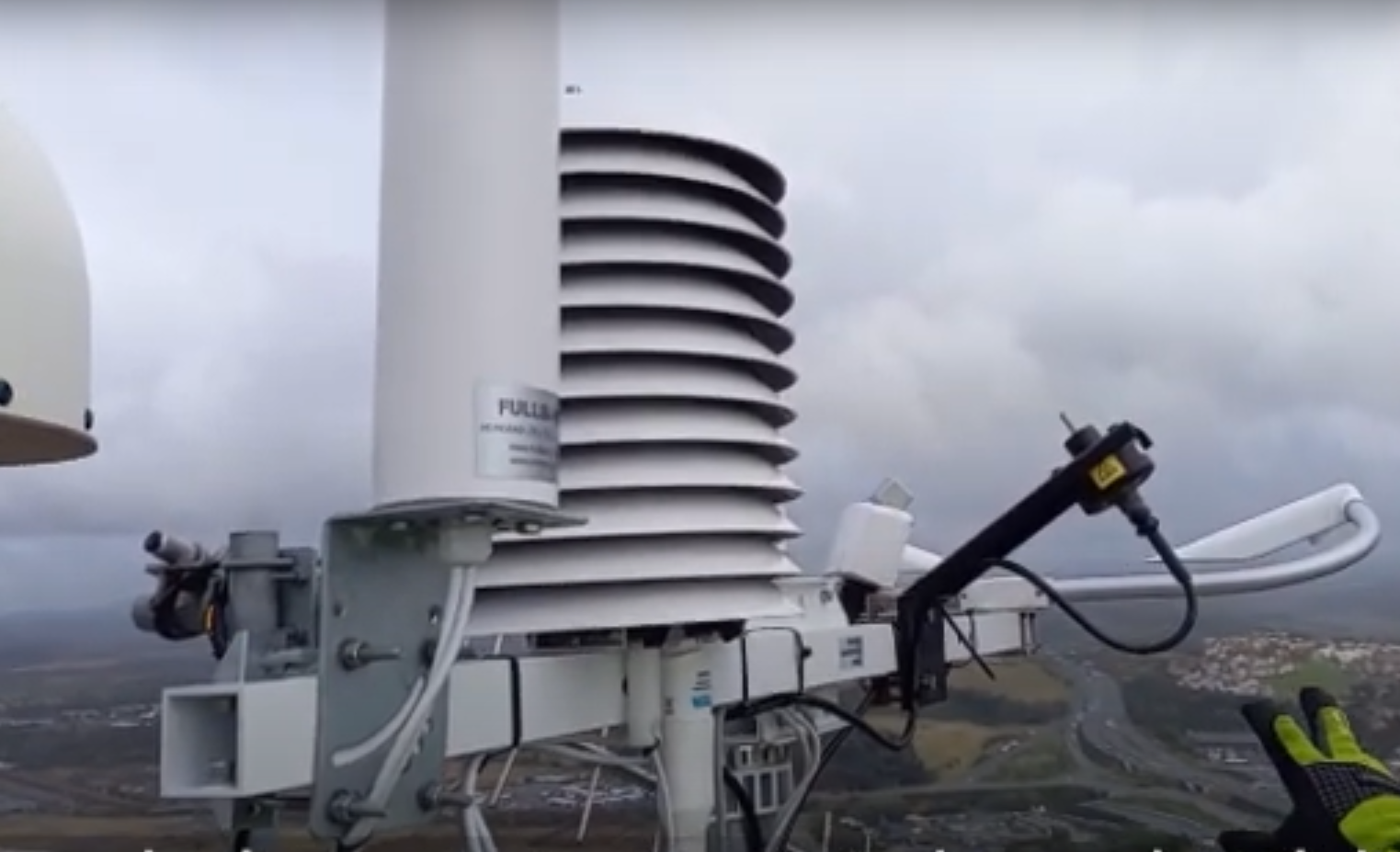