A walkway is to be built to enable Scotland's historic Connel Bridge to be fitted with a new deck.

Consultation will be carried out on whether the walkway should remain in place once the two-year project is complete.

Bridge works specialist Spencer Group came up with the idea of installing the walkway, which will be cantilevered off the east side of the bridge. The walkway will allow for pedestrian and cyclist access during the works to replace the entire deck, which will take place over the course of the next two years.

The walkway is expected to be completed in four months, with the possibility of retaining the facility depending on a feasibility study and full public consultation.

The A828 Connel Bridge was the second largest cantilever bridge in Europe when it was built by Sir William Arrol in 1903. It links the villages of Connel and North Connel, close to Oban. Originally a railway bridge, it was used for both rail and road traffic from 1914, until the railway closed in 1966. 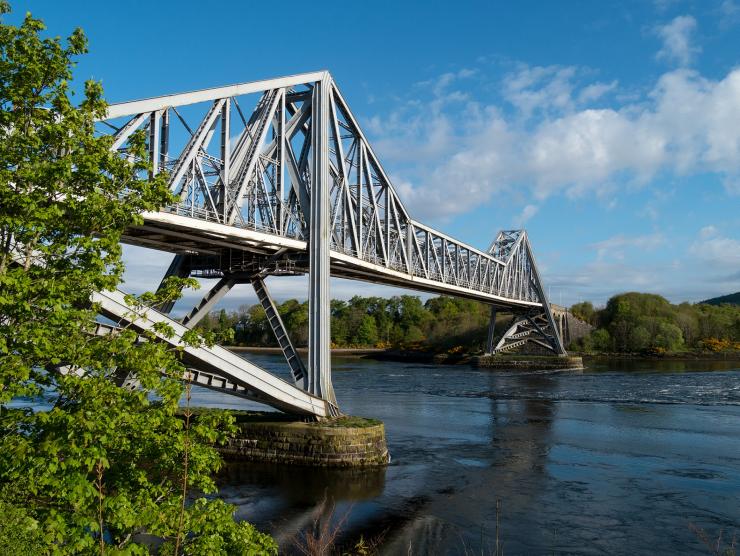 The new steel walkway has been designed to be in keeping with the heritage of the bridge, with Spencer Group also providing integrated street lighting.

Spencer Group is carrying out the project for roads maintenance business Bear Scotland, on behalf of the national transport agency for Scotland, Transport Scotland.

The temporary walkway is part of the enabling works ahead of the deck replacement scheme.

Luke Fisher, sector lead for bridges and structures at Spencer Group, said: “We’re delighted to have been selected to carry out this important project, which is the latest in our growing portfolio of heritage bridge works. During the tender process, we focused our proposals on a sympathetic walkway design and methodologies that reduced traffic management during the construction works.

“Our designers proposed a traditional steel walkway design that was in keeping with the heritage of the bridge, clamping to the existing structure where possible, to minimise invasive construction works to the bridge interface points.

“A key element of the project is also to minimise the impact on local residents and traffic, both on Connel Bridge and on the A85 below.

“The original design intent was to install support brackets over the side of the masonry viaducts that would require rope access for installation, meaning traffic management would have needed to be in place on the A85.

“We’ve come up with an alternative design solution that mitigates this, with brackets that can be installed from the confines of the bridge parapets. In addition, we’ve developed an installation methodology that allows our teams to install the new walkway progressively from the leading edge, almost eliminating the requirement for traffic management on the bridge during the works.”

Eddie Ross, Bear Scotland’s north west representative, said: “We appreciate the historical importance of the A828 Connel Bridge and the vital transport link it provides to local communities.

“This project will allow teams to install a temporary footway on the east side of Connel Bridge, in advance of the deck replacement works which are scheduled to take place next year. The temporary walkway will maintain a route across the bridge whilst the bridge deck is replaced, as we will need to close the existing footpath and carriageway.

“Alongside Transport Scotland, we are currently considering making the walkway a permanent facility and will carry out a feasibility study of the options available, which will include consultation with all key stakeholders.” 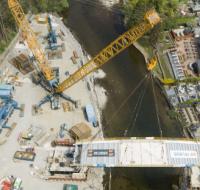 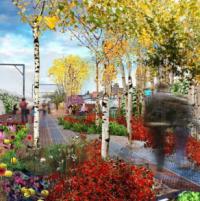 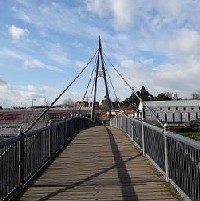 Worcester sets out plan for bridges