The UK government has said that it will contribute no more than a third of the costs of repairing the Hammersmith Bridge in London.

The bridge has been closed since last year (link opens in new tab). 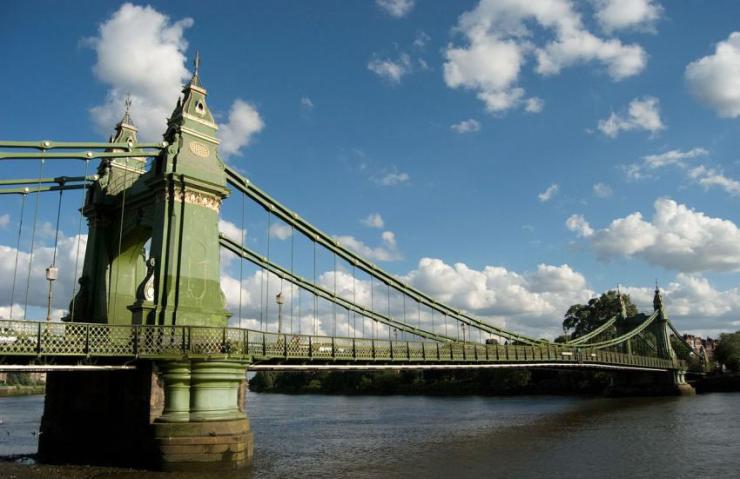 The government said that Transport for London (TfL) and the London boroughs are responsible for local road maintenance, including bridge repairs. The London Borough of Hammersmith & Fulham is responsible for the safety and maintenance of Hammersmith Bridge. “However, given the extraordinary circumstances of the pandemic, during the period of this agreement, we expect to draw up a memorandum of understanding between Her Majesty’s government [HMG], TfL and the London Borough of Hammersmith and Fulham to fund the reopening of Hammersmith Bridge – initially to pedestrians, cyclists and river traffic and, depending on cost, to motorists,” said a statement.

Funding will be conditional on all parties scrutinising and agreeing the cost of the project. Each party agrees to pay a share of the cost. “Repair costs are to be led by the London Borough of Hammersmith and Fulham and TfL; HMG will not directly contribute more than one-third of the costs.”

The council has criticised the government's stance. "Hammersmith Bridge is one of world's oldest mechanical suspension bridges and one of the most expensive in Britain to repair," said council leader Stephen Cowan. "Yet the government is seeking to impose an unprecedented 33% of the cost on Hammersmith & Fulham. That is tens of millions of pounds more than any other London council has ever paid for bridge repairs and comes on top of the record £8.6 million we are already paying."

A further requirement set by the government concerns the tasks for an independent board advising on the bridge. The government said that the board will conduct a new assessment for controlled and limited reopening of Hammersmith Bridge to pedestrians, cyclists and river traffic once further investigations and report validations are completed at the end of June. London Borough of Hammersmith and Fulham will share the assessment with the government and TfL, it said.