Work is scheduled to begin this August on the 9.7km-long Ma'anshan Yangtze River Railway and Road Bridge in Anhui Province, China.

The triple-towered, double-decker crossing will feature the longest continuous cable-stayed deck in the world at 3.2km, surpassing both the Millau Viaduct and China's Jiaxing-Shaoxing Sea Bridge.

The two main spans of 1,120m will also surpass the current record of 1,104m for the longest cable-stayed span set by Russky Island Bridge in Russia. The top deck of Ma'anshan will carry a six-lane highway, while the lower deck will carry a two-track high-speed railway and two-track metro.

The giant steel truss will be supported by towers measuring 334.5m, 345m and 334.5m in height, meaning it will replace the Millau Viaduct as the world's tallest bridge structure when complete. 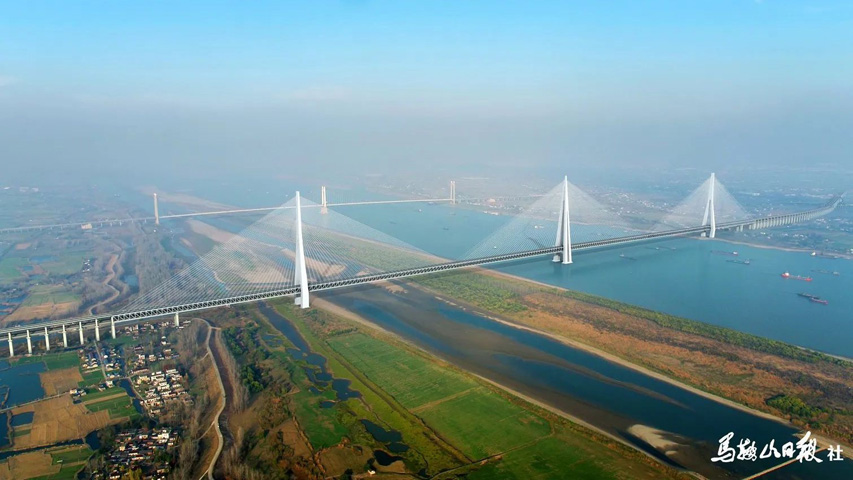