Two eminent civil engineers have been asked to lead a study into the feasibility of building a bridge or tunnel linking Northern Ireland and Great Britain across the Irish Sea.

The decision follows today’s publication of the ‘Union connectivity review: interim report’, which explores ways in which transport can create better connections between all parts of the United Kingdom.

The report’s author, Sir Peter Hendy, said: “I have also been asked specifically about a fixed link between Northern Ireland and the British mainland. To do this I have asked two experts, Professor Douglas Oakervee, CBE, and Professor Gordon Masterton, OBE, to lead a discrete piece of work, using engineering consultants, to assess the feasibility of such a link, and an outline cost and timescale for the link and the associated works needed.”

Both Masterton and Oakervee are past presidents of the Institution of Civil Engineers (ICE).

Oakervee is a past chairman of both the UK’s High Speed 2 (HS2) railway project and the Crossrail project in London. He was the chief engineer on the Hong Kong Mass Transit Railway and was project director for Hong Kong International Airport. He undertook a review of HS2 that reported to the prime minister in January 2020.

Masterton is a previous vice-president of Jacobs Engineering. As well as being a past president of the ICE, he is a past president of the Institution of Engineers & Shipbuilders in Scotland, a former chairman of the Construction Industry Council and founder and current chairman of the Scottish Engineering Hall of Fame. He was the UK government’s project representative on Crossrail and chairs the independent assurance panel for HS2. He is chair of future infrastructure at the University of Edinburgh. 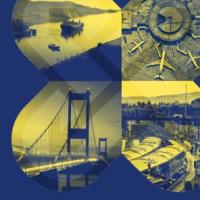 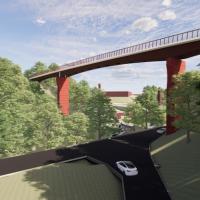