The first contract has been awarded on the Echuca-Moama Bridge project in Australia.

Local company Recivil has won the contract for Stage 1 of the Echuca-Moama Bridge, which will cross the Murray River. The initial contract involves building a new roundabout to replace a dangerous intersection. The work is needed in order for the bridge construction to proceed.

“This is the first stage of the $280 million [US$221 million] Echuca-Moama Bridge project, which is the centrepiece of the Australian government's commitment to improving the safety of roads in the region,” said federal minister for infrastructure and transport Darren Chester. “This $3.77 million [US$3 million] intersection upgrade will address long-standing community concerns about safety at this intersection as well as paving the way for a second Murray crossing in the region.”

The Australian, Victorian and New South Wales governments have all committed funds to make up the US$221 million needed to deliver the bridge. 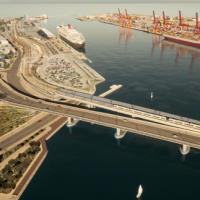