London’s new mayor, Sadiq Khan, has given his backing to the proposed Garden Bridge over the River Thames but has demanded that the bridge is open to the public for more time than currently planned.

Khan described the Garden Bridge as a project that could rival New York’s High Line, a public park that was built on a disused railway 9m above street level in Manhattan, but warned that the bridge “must be a genuinely public and open space for all Londoners, rather than a closed and private space”.

Khan is insisting that the developer, Garden Bridge Trust, makes a series of amendments to its plans to make the Garden Bridge more accessible, in exchange for his continued support for the project.

The construction contract for the controversial project was awarded in March (link opens in new tab).

Khan's demands include that the bridge should be closed for fewer days each year for private fundraising events. The current plans are for 12 closures a year. He also wants to see the bridge closed for fewer hours each time it has to close for fundraising events, so that the Bridge it can still be used in the morning and evenings. The current plans are for it to be closed from midnight to midnight.

Khan criticised the previous City Hall administration, saying “the early days of this project clearly fell short of our expectations on transparency”, and pledged to “let the sunshine in” as he published the previously undisclosed full business plan for the Garden Bridge alongside a list of the funders of the bridge. 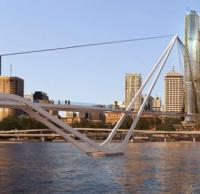