What are believed to be the largest precast concrete Tee-roff bridge beams ever built in Australia have been installed for the new Ranford Road Bridge near Perth.

Tee-roff refers to a specially-designed beam developed in Victoria and first used in Western Australia on the Northam Bypass project in 2001. A statement from Western Australia transport minister Rita Saffioti said that Tee-roff beams have become the preferred superstructure form for bridges with a range of 20m to 45m as they enable the bridges to have a longer span, while using less material and reducing overall bridge load. "Not only are they the biggest Tee-roff bridge beams ever built in Western Australia, they were manufactured locally in Hazelmere,” she said. The beams were manufactured by local company, the Georgiou Group, at its precast yard.

Ten 50m-long beams are needed for the new bridge, which is being built as part of a Metronet rail project. The first trains are expected to run on the new Thornlie-Cockburn Link in 2023. 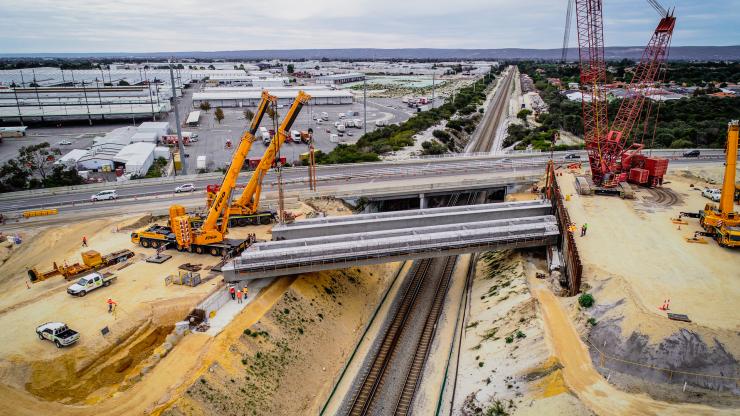 “More than 1,680 local jobs will be supported through the Thornlie-Cockburn Link project over the next few years, while hundreds more will be created on other major projects in our southern suburbs that complement this project including the North Lake Road Bridge,” said Saffioti.

Each of the beams for the Ranford Road Bridge weighs 197 tonnes and takes 10 workers and two concrete pump trucks three days to manufacture. Each beam includes 14,000kg of reinforcing steel, 120 stressing tendons and 73m3 of concrete.

Seven of the 10 beams were installed last weekend, with the final three to be installed as the project progresses.

The new bridge will be longer and higher to future-proof the rail corridor and will have six general traffic lanes (three in each direction), bus lanes and a shared path on each side. 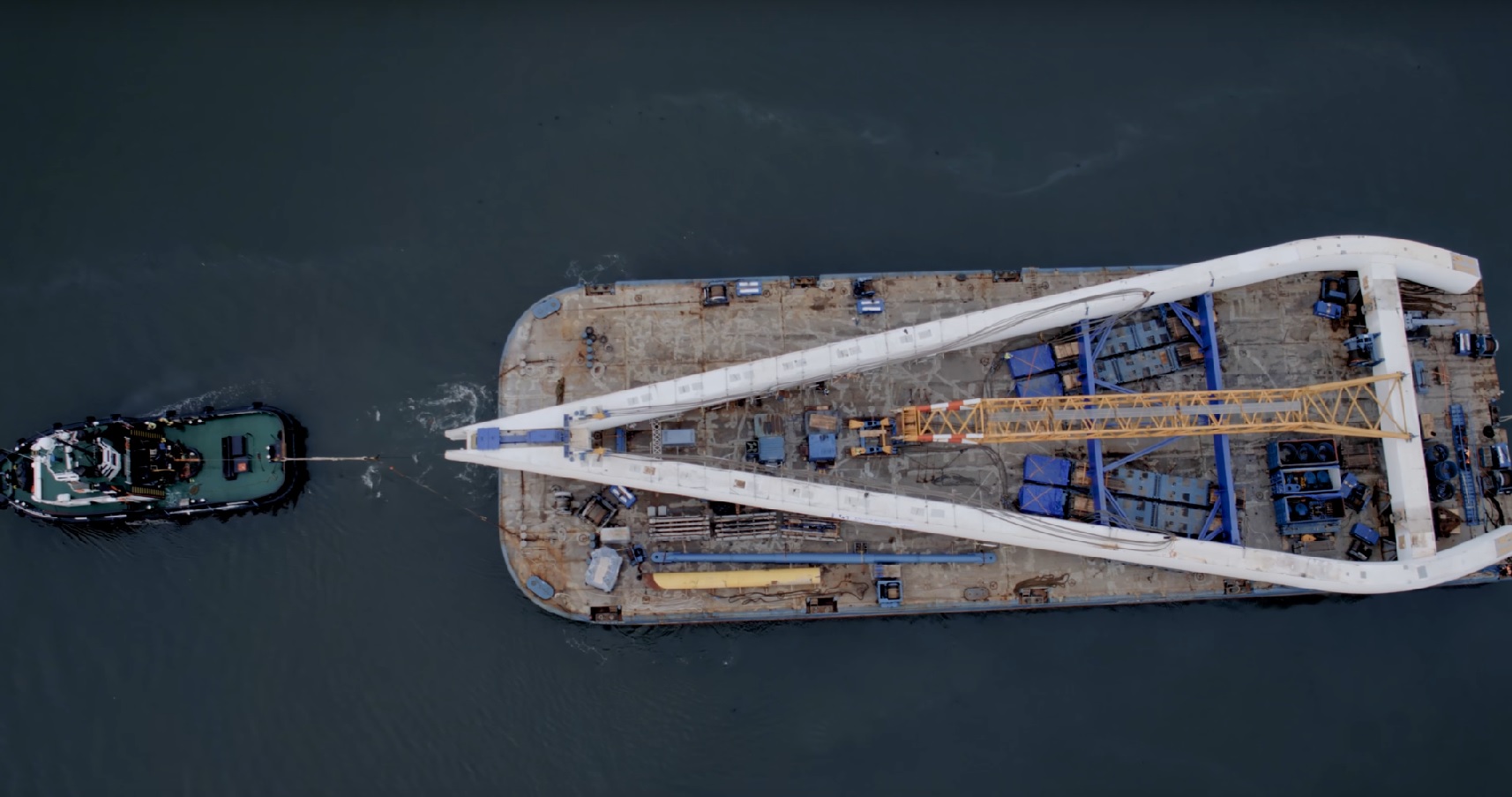