A multi-million-dollar gift has moved the planned 11th Street Bridge Park in Washington DC closer to its US$139 million funding target.

The new donation has been made by Exelon and its local energy companies Pepco and Constellation. It is in support of efforts by non-profit Building Bridges Across the River (BBAR) to create a park on the piers of the former 11th Street Bridge spanning the Anacostia River.

Design for the 11th Street Bridge Park began in October 2014 after a seven-month competition that resulted in the selection of the design team of OMA and OLIN. Pre-construction began in 2016 and the park is expected to open by 2023. 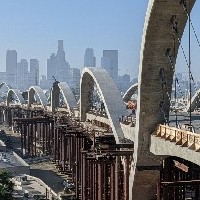