Following investigations into 14 options, two complementary routes over the River Tees have been identified to take forward to the next stage of development.  TVCA is urging the UK government to consider the proposals for priority investment.

One is a Central Tees Crossing route, designed to reduce congestion on the A19 and the other is an Eastern Tees Crossing route to unite industrial sites on the north and south bank, aimed at strengthening the attractiveness of the sites and expanding the catchment area for new jobs.

Councillor Bill Dixon, chair of TVCA’s transport committee, said: “For too long commuters have faced frustrating delays to cross the River Tees, creating additional costs to the Tees Valley’s economy and limiting our growth potential.  We are determined to take action, and put forward a compelling business case for national investment.  These two complementary proposals would have a positive double impact on our local economy: alleviating congestion, and expanding new job opportunities on our industrial sites.”

The studies undertaken on the 14 options for different routes were funded by resources devolved to the TVCA. The next stage of development work on the Central Tees Crossing proposal will be funded by the Department for Transport’s Large Local Majors Fund, which TVCA believes puts the proposal in a strong position to receive national roads funding to meet the US$330 million costs.  Further work to develop the Eastern Tees Crossing proposal will be funded by TVCA, with a view to establishing a future bid for national funding for this route as well. 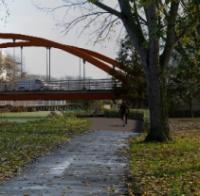 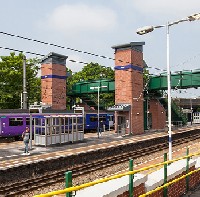