The government of Canada has said that a US$295 million project to remove the Champlain Bridge will begin this year and be overseen by the bridge’s operator.

Jacques Cartier & Champlain Bridges Incorporated (JCCBI) will oversee the work, which will begin in the months following the opening of the new Samuel De Champlain Bridge and is expected to take three years. The new bridge is due to open by June.

In 2017, JCCBI commissioned a pre-planning study to explore the different options for deconstruction. The US$295 million estimated project cost includes the deconstruction work, the recovery of materials, the development of assets and the retention of experts to support JCCBI in advancing the project.

“Given its mandate, The Jacques Cartier and Champlain Bridges Incorporated is best positioned to undertake the deconstruction of the Champlain Bridge,” said minister of infrastructure and communities François-Philippe Champagne. “Given its extensive knowledge of the current Champlain Bridge, its engineering expertise and its existing relationships with stakeholders. I am also confident that JCCBI  will exercise sound stewardship of public funds while ensuring the safety of operations during the project.”

The Samuel De Champlain Bridge Corridor Project is being built as a public-private partnership with Signature on the St. Lawrence (SSL). In addition to the conception and construction of the corridor, SSL will be responsible for operating it for a 30-year period. 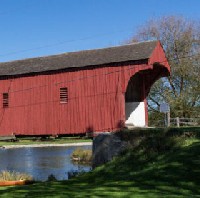 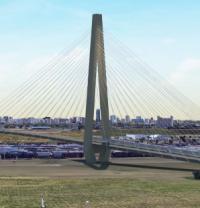