The Russian government has announced plans to build a new US$900 million bridge over the Ob River in the Yamalo-Nenets Autonomous District in the centre of Russia’s main oil and gas production region. The spending plans were revealed by Igor Kholmanskikh, presidential envoy to the Urals Federal District.

Kholmanskikh said that construction of the bridge will begin in 2017. Implementation of the project will be part of the large-scale state initiative to build the Northern Latitudinal Railway, a railway line more than 700km long that is planned for the Yamalo-Nenets Autonomous District.

The new bridge, which will be designed to carry both road and rail traffic, will link Salekhard, the administrative centre of Yamalo-Nenets Autonomous District with the Russian mainland. It will create a fixed link for the route which is currently served by a ferry route in the summer and an ice-bridge in winter.

Yamal media reports suggest that the project will be carried out by Stroytransgaz, one of Russia’s largest engineering and bridge building companies and it is expected to be implemented on the basis of public-private partnership.

The initiative for construction of the bridge was first proposed in the 1930s, but was never taken forward until now, due to complex climatic conditions at the site and unpredictable water flow in the river. 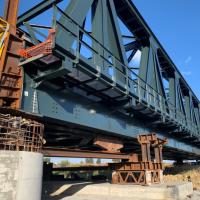 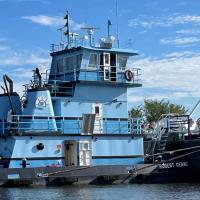