A US$192 million design and build contract has been awarded for the rehabilitation of the Arlington Memorial Bridge in the US city of Washington, DC.

The Federal Highway Administration (FHWA) has awarded the contract to Kiewit Infrastructure.

US interior secretary Ryan Zinke said that the contract as awarded saves taxpayers US$35 million from the original projection and shaves 18 months off the construction time.

The contract award follows the securing of all the funds needed for the project, which has an overall value of US$227 million including money allocated for engineering, construction management, wetlands mitigation and contingency.

The bridge rehabilitation is one of the largest transportation infrastructure projects in National Park Service (NPS) history. Over the past six years, the NPS and FHWA have made emergency temporary repairs while planning the larger rehabilitation. Without a complete rehabilitation, the continued and accelerated deterioration of the bridge’s concrete deck would have required it be closed by 2021. 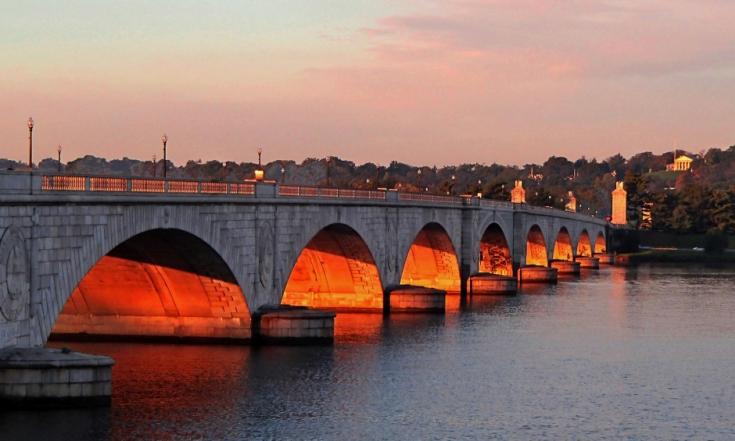 Workers will employ accelerated bridge construction techniques, including using prefabricated concrete deck panels. They will reset the stone curbs and light posts and restore the stone and metal cladding.

The structure of the existing bascule span will be replaced with variable depth steel girders, which will extend the useful life of the bridge while reducing maintenance costs.

The bridge was designed by of McKim, Mead & White. The low, Neoclassical bridge is 659m long and 18m wide. Except for the bascule span, which is clad in metal, it is constructed from reinforced concrete faced with dressed North Carolina granite ashlar. When it opened in 1932, the bridge was the longest, heaviest and fastest-opening drawbridge in the world. The drawbridge last opened in 1961.