The South African National Roads Agency (Sanral) has awarded the tender for the 1.1km Mtentu Bridge.

The US$123.8 million contract has been won by Aveng Strabag Joint Venture, which is made up of South Africa-based construction company Aveng Grinaker-LTA and European contractor Strabag.

However, its sister project, Msikaba Bridge, is about to be retendered, as no fully responsive tenders were received.

As well as being the first balanced cantilever bridge of its magnitude in South Africa, the Mtentu Bridge's 260m main span will be one of the longest of its kind in the world.

The bridge, which forms the backbone of greenfield portion of the N2 Wild Coast road (N2WC) project, will also stand tall, reaching heights of approximately 220m.

Construction is set to start in early November 2017 and is scheduled to take approximately 40 months.

A forecast by Sanral puts the amount of work that will be created by the project at 1.8 million man-days or 8,000 full-time equivalent jobs over the construction period of four to five years. 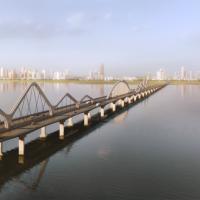 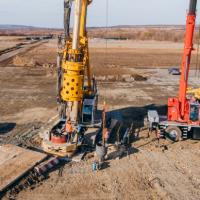