Investigations have identified abnormalities in 116 of the concrete cube test results for Hong Kong’s section of the bridge to Zhuhai and Macao and its related projects.

The tests were part of the Civil Engineering & Development Department investigation into alleged falsification of the test reports by an outsourced laboratory (link opens in new tab).

Acting director of civil engineering and development Norman Heung said the results were yielded from a review of the concrete cube test reports conducted by the laboratory from 2013 to 2014. The problematic test results have been provided to the Highways Department for follow-up action.

Heung noted that the laboratory in question has assisted other public works regional laboratories in conducting concrete cube tests for 400 projects, mainly from 2013 to 2014. Abnormalities were found in 130 results from 55 of these projects, which exclude the Hong Kong-Zhuhai-Macao Bridge projects. From the raw data, the department traced the test data of the tests that had not been tempered. Subsequent analysis showed the abnormalities did not affect their compliance with the General Specifications for Civil Engineering Works requirements. The Civil Engineering & Development Department will provide the results of its review to the departments responsible for these 55 projects.

The 130 abnormalities found on projects excluding the Hong Kong-Zhuhai-Macao Bridge represent an overall percentage of abnormalities of 0.03% against the total number of tests. The laboratory in question had carried out 62,621 tests out of the 447,240 conducted at all laboratories for the 55 projects.

Heung said the same analysis is being conducted for the abnormalities of the Hong Kong-Zhuhai-Macao Bridge's Hong Kong section and related projects. The need for further tests on the concrete strength will be examined, having regard to the significance of the locations of the structures involving the concerned batches of concrete, he added. 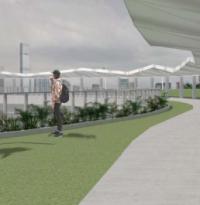