London’s mayor Sadiq Khan has announced a review into the planned Garden Bridge over the River Thames.

The study will be carried out by member of Parliament Dame Margaret Hodge.

The review into the controversial US$240 million footbridge will look in detail at whether value for money has been achieved from the taxpayers’ contribution to the project, and investigate the work of the relevant authorities going back to when the project was first proposed.

Hodge spent five years as chair of Parliament’s Public Accounts Committee where she scrutinised public spending across all areas of government.

The Garden Bridge review will look in detail at the procurement process around the project, and whether required standards have been met around transparency and openness going back to the beginning of the project.

The terms of the reference for the Garden Bridge review will include:

Khan said: “I’m clear that since the beginning of the project there hasn’t been the necessary standard of transparency and openness around the Garden Bridge. Nearly £40 million [US$52 million] of public money has already been spent on the Garden Bridge project, and Londoners deserve far more information about the decisions that have been made around how their money is being spent.

“Margaret Hodge is hugely respected for her work scrutinising some of the UK’s largest and most high-profile publicly funded bodies. There’s no better qualified person to get to the bottom of the procurement process around the Garden Bridge, and establish whether Londoners have been getting value for money since the project began. I am absolutely clear that no new London taxpayers’ funds should be committed to the Garden Bridge, but I’m also determined that the Garden Bridge review helps the project achieve higher standards of accountability and transparency it has so far been lacking.”

Hodge added: “I’m delighted to accept Sadiq’s offer to look in detail at some of the key decisions made so far around the Garden Bridge. It’s not a project that I have previously had an opinion on either for or against, but given the millions of pounds of public money allocated to the project, it is clear that there needs to be far more transparency around how funds are being spent. The planned bridge is a major project in an iconic part of London, and there are clearly questions that remain unanswered around issues like procurement.” 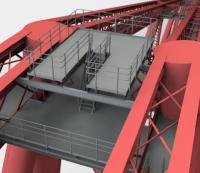 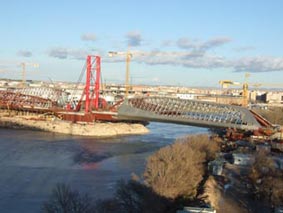