The Garden Bridge project in central London, England, is to be wound up, its developer announced last week.

The controversial project to build a park-like footbridge across the River Thames had been looking increasingly unlikely following the mayor of London’s announcement in April that he was not prepared to sign a guarantee for the annual maintenance costs of the bridge (link opens in new tab).

Garden Bridge Trust - the charity behind the proposal - said that it had examined in detail all options available to it before reaching its decision. The project will now be formally closed, which includes terminating contracts and concluding donor funding agreements. The Trust itself will then be wound up.

A joint venture of Bouygues Travaux Publics and Cimolai had signed the construction contract in March 2016 (link opens in new tab).

Trust chairman Lord Mervyn Davies said: "It is with great regret that trustees have concluded that without mayoral support the project cannot be delivered. We are incredibly sad that we have not been able to make the dream of the Garden Bridge a reality and that the mayor does not feel able to continue with the support he initially gave us. We had made great progress obtaining planning permission, satisfying most of our planning conditions and we had raised £70 million [US$91 million] of private money towards the project."

The project had been dogged by controversies including concerns about the level of public-sector funding commitments required, the design procurement process and limitations on use of the crossing by members of the public. 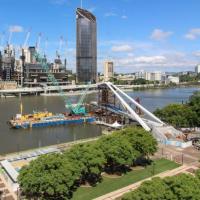 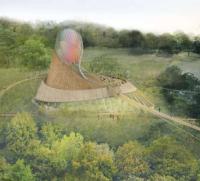