Several new river crossings - including a pedestrian and cycle bridge - are set to be provided in the east of London following a commitment by the city's mayor.

Mayor Sadiq Khan has set out a package of new river crossings to be built in the next five to 10 years in the UK's capital. The package of public transport-focused crossings covers improved ferry, bridge and tunnel routes over the River Thames.

Included in the package are plans to accelerate development of a new pedestrian and cycling bridge linking Rotherhithe to Canary Wharf. The bridge will make it easier for people to get to a ‘cycle superhighway’ in the city and other paths and cycling routes.

The range of river traffic means that the bridge would need to open for shipping and so Transport for London has carried out analysis on whether a bascule or swing bridge could be more suitable. A competitive procurement process will be held next year and - subject to funding, the availability of land and relevant approvals - the new bridge could be open by 2020.

Khan said: “It’s no secret that London has long needed more river crossings in the east. With new homes and economic growth across East London, it becomes even more important that we deliver new greener transport links that allow Londoners to cross the river quickly and more easily.” 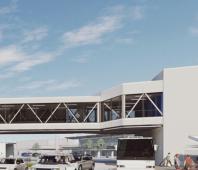 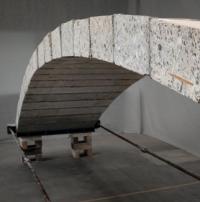