The US city of Seattle has issued an update on efforts to stabilise the West Seattle High-Rise Bridge, which has been closed since cracking was discovered in March.

Cracking has continued to develop since the bridge was closed in late March, though the rate has slowed. However, the bridge is unlikely to be reopened this year or next.

Mayor of Seattle Jenny Durkan and Seattle Department of Transportation (SDOT) director Sam Zimbabwe give an update on the bridge yesterday (15 April).

The said that more information is needed to determine the future of the West Seattle High-Rise Bridge. “We do not yet know if repair of the bridge is feasible technically or financially,” said a statement published by SDOT. “If repair is feasible, it’s likely this would only restore up to an additional decade of life to the bridge. In either case, we will need to replace the West Seattle High Rise-Bridge much sooner than promised when it opened in 1984. Further, should repair prove feasible, under a 'best case' scenario we do not anticipate traffic returning to the bridge in 2020 or 2021.”

Work is under way to stabilise the bridge and prevent further cracking. SDOT is also exploring long-term solutions to see if it’s feasible to repair the bridge; it is enlisting help from experts across the country and forming a technical advisory panel.

The first step was to stabilise the bridge was to remove the weight of 100,000 vehicles a day. Crews have been out inspecting the bridge for new and growing cracks every day since the problem was discovered. “They’ve seen that cracks continue to grow, but at a slower rate than before,” said the statement. “This is good news that confirms immediately removing traffic from the bridge was a necessary step.”

The next step is to make repairs on one of the support structures on the west side of the bridge, also known as Pier 18, to ensure further slowing or stopping of the cracking and preserve the integrity of the bridge.

Bearings located at Pier 18 are currently compressed and bulging, indicating that they’re ‘restrained’. “Because of the restrained bearing, the structure can’t move as a bridge typically should,” said the statement. “Instead, the bearing is creating additional pressure on the surrounding area and affecting the bridge as a whole. This problem has likely contributed to the potentially dangerous cracking in the centre of the bridge. “

Over the next few months, bridge engineers will work with SDOT's contractor to determine the best way to ‘release’ the bearings. This will likely involve building a temporary platform to perform the work and then using specialised equipment for precision demolition of the concrete surrounding the bearing to enable placement of new bearings and pouring of new concrete. This will release some of the pressure that the bridge is experiencing and allow it to move as it was designed, said the statement.

The next step will be to install temporary external support shoring.

“We are at 0 percent design, and each step will impact what’s feasible and how long it will take,” said the statement. “For example, the Pier 18 stabilisation efforts will shed light on the broader condition of the bridge." There will be greater clarity as this and the shoring process are completed, said SDOT. 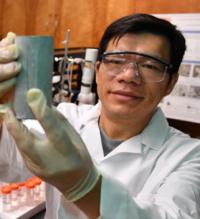