A new cycle bridge has been installed by Besix over the Albert Channel in Antwerp, Belgium, as part of the Ijzerlaan project.

The 85m-long structure, weighing 250t, was moved by pontoon across the channel, where two cranes – each weighing 500t – lifted it into position on its piers in a 10-hour overnight operation. 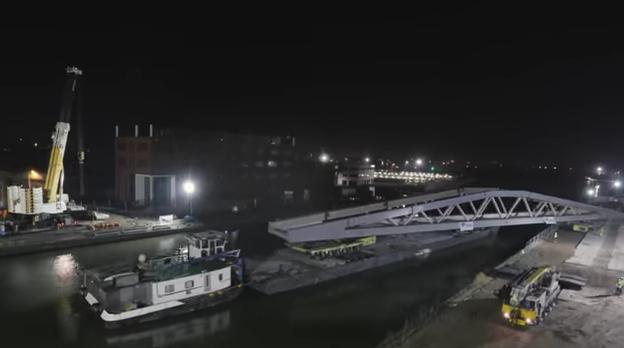 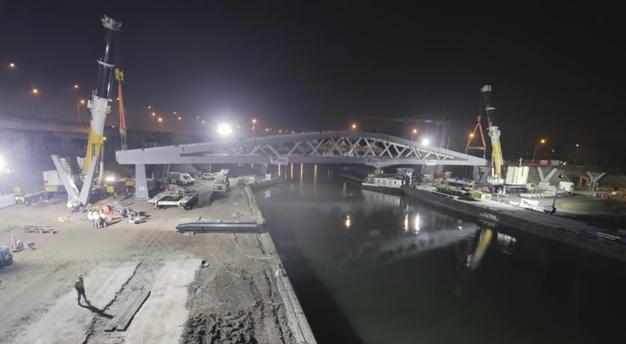 The bridge paths to form a 'cycle highway' across the 'water highway' of the Albert Channel. The old Ijzerlaanbrug had a clearance of 6.7m and was by far the lowest bridge over the waterway and it was narrow, creating a bottleneck for both land and water traffic.

The bridge is only a part of the works being carried out by Besix at Ijzerlaan. Other aspects include the widening of the Albert Channel and the renovation of the N1 boulevard. 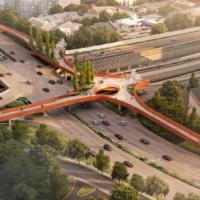