A group of three public authorities in New Zealand has set out a plan for two new bridges over the Kimiakau Shotover River. 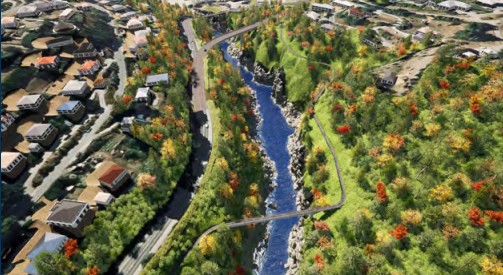 The Edith Cavell Bridge would be closed to traffic but retained for recreational walking and cycling use.

The proposed road bridge would be designed to encourage slow vehicle speeds and have two 3.5m wide lanes with 1.5m wide shoulders on each side. It will be visible from the Edith Cavell bridge, but will be designed to complement the existing bridge and not dominate the landscape.

Due to funding constraints, it is not likely that the new road bridge would be constructed for at least 10 years. However the new walking and cycling bridge can be implemented earlier.

The heritage status of the Edith Cavell bridge, and the community’s desire to protect it, discounted temporary solutions such as clip-on structures. Mixed feedback was received about putting traffic lights on the existing bridge, though many acknowledged that they may be needed if traffic volumes increase.