The Department of Labour in South Africa this week announced that the inquiry into the collapse of the M1/Grayston Drive pedestrian and cyclist bridge has now been postponed till 2017 following a 'short notice' request for additional information from an expert witness.

Presiding Officer Lennie Samuel announced on Monday that Gary Farrow, acting as an expert witness for scaffolding supplier Form-Scaff, was unable to attend the inquiry because contractor Murray & Roberts had requested additional information from him which he could not deliver on time.

Murray & Roberts had sent Farrow a list of 72 questions a week earlier, and the inquiry felt that it was too short a time for him to respond to the questions, and be ready on time to appear before the inquiry.

“I am sitting with a challenge now, because we could not contact other witnesses on time to appear before the commission. We did not want to prejudice the Form-Scaff witness by subjecting him to intense interrogation without enough time to prepare,” Samuel said.

The inquiry was expected to sit for seven consecutive working days until 06 September 2016. Samuel said the commission was now in a predicament after the seven lost days, “Next year we will be faced with added pressure because of time. I appeal to all affected parties to commit to time schedules when requested to submit statements and reports, so as to mitigate further delays”.

The inquiry was announced by the Department of Labour in October 2015, after the fatal collapse that killed two people and injured 19, and it started its work in February 2016 with an understanding that it would take six months.

However, following delays caused by late submission of statements/reports, and the non-availability of legal representatives, it is now expected to be completed next year with the next sitting pencilled for 27-31 March 2017. 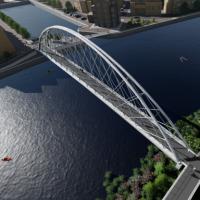