Bridge lift was doomed from the start, report finds

Shortcomings in preparatory work meant that collapse was inevitable when two barge-mounted cranes attempted to lift a large section of a bridge in the Netherlands last year, an investigation has found. The official report highlighted fragmentation in risk-management between different parts of the construction industry and a lack of concern for neighbouring properties and their residents.

Both cranes and the bridge section toppled into an adjacent built-up area, destroying a number of homes and shops but – miraculously - causing no injuries.

The lifting system was so unstable that even a flawless execution of the plan would have been doomed to failure. The report by the Dutch Safety Board (DSB) found serious deficiencies in the way risks were addressed and has recommended actions for the companies involved, government and the wider construction sector to avoid similar failings in future.

The accident happened in August 2015, when a new section of the Koningin Julianabrug in Alphen aan den Rijn was due to be lifted into position. Two mobile cranes – of 400t and 700t capacity - were each placed on separate barges with the aim being to lift the bridge section from a third barge in a tandem operation. The section would then be manoeuvred in between the two cranes before being tilted into an almost horizontal position, ready to be sailed 100m to the installation site. There, it was to be raised and fitted into the existing bridge.

However, the entire lifting assembly crashed onto the adjacent buildings while the section was being manoeuvred.

The underlying cause was that there was insufficient stability in the lifting set-up as designed. Stability was further reduced by other factors including imperfect distribution of ballast water and there was no margin to compensate for additional forces caused by standard variables such as gusts of wind or crane movements. Furthermore, the cranes were loaded to 100% of their rated capacity and there was no ballasting plan that would have allowed for the timely correction of changes in inclination.

As a consequence, the initial movement of the bridge section caused the smaller crane’s barge to slope to such an extent that the mast failed and the crane itself toppled over. It pulled the bridge section with it, which in turn also pulled over the larger crane.

The accident can be explained by shortcomings in the preparations, said DSB. The inexperience of the barge and crane operators subcontracted to carry out the operation meant that they underestimated the complexity of the task.

Each party assumed that the others knew what they were doing and neither the main contractor nor municipal authority asked any questions that could have exposed the dangers. “The parties involved trusted each other’s expertise, and relied on the responsibility of the other parties in the chain,” says the report. “This pattern was reflected throughout the project organisation, from barge operator through to municipal authority.”

The report assigns recommendations for those involved. Crane operator Peinemann Kranen BV and barge operator Koninklijke Van der Wees BV were told to increase the expertise within their companies concerning the possibilities and limitations of their equipment, and duly adjust their working methods to guarantee safe use. The report said that steel contractor BSB Staalbouw BV should make sure that, when subcontracting work, it is convinced that the subcontractor is taking responsibility for safe execution of the work. Project manager Mourik Groot-Ammers BV was told to underpin its management role in respect of its partners in the construction chain to ensure that adequate risk management is in place.

DSB was particularly concerned that safety of the people living and working alongside the site was completely ignored. It calls for better guidance regarding the circumstances in which local authorities should demand a construction safety plan before granting permits. Such plans could be used more often and more intensively to ensure the safety of the surrounding environment, it said.

The report criticises a failure across the construction industry to tackle how responsibilities are assigned across an increasingly fragmented sector. It recommends that ministers and central government should work with the industry to ensure that contract-awarding organisations appoint a single party who bears responsibility for a systematic process of risk management for the entire construction process. Safety should also be used as a criterion in tendering procedures, recommended the DSB.

Practice has repeatedly shown that even construction companies with a solid reputation do not always live up to their responsibilities, it warned. Issues about fragmented construction processes, complex contractual relationships and a lack of integrated management were observed as long ago as 2008, it said, but too little has changed. The report refers to a code that was to have led to an improved safety culture in the construction sector, but has not come into use. The author’s frustration comes through: “Following the occurrence of incidents, the sector undertakes initiatives, which subsequently die a silent death.”

The full report can be downloaded here. 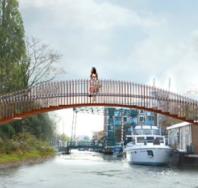