Development of General Electric's headquarters in the US city of Boston includes a proposal to restore a four-level bridge linking two buildings in a former factory.

Gensler has prepared the design for the Necco Court Bridge, which was used as a connection between two industrial buildings. 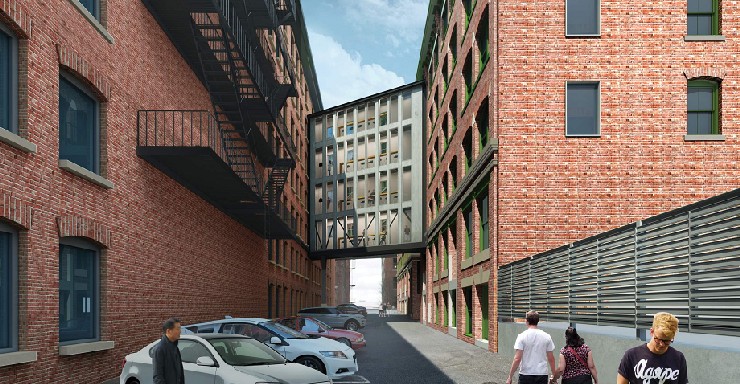 The bridge was built in 1907; its corrugated metal skin on the western facade was replaced in about 1990. A fire in 2011 was followed by some structural repair work in 2012. 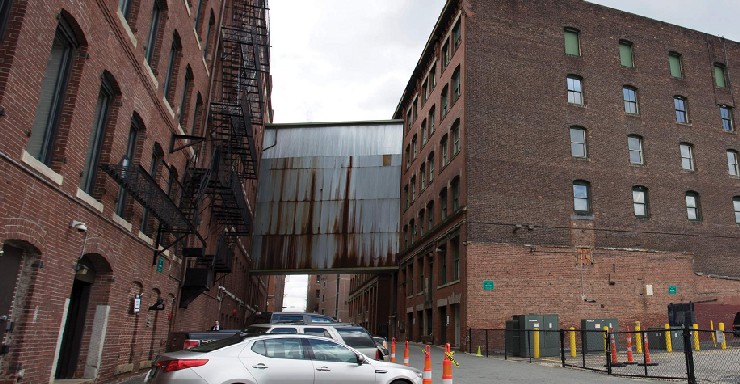 The proposal will be discussed by the Fort Point Channel Landmark District Commission next week.