The 100m centrepiece of the New Wear Bridge has been delivered to north-east England from its fabrication yard in Belgium.

The white pylon has been made by Victor Buyck Steel Construction from more than 1,000t of steel and 550t of concrete. It has crossed the North Sea and arrived at the Port of Sunderland, where it will be moored for several weeks while final preparations are carried out on the site, which is about 5km up the River Wear. 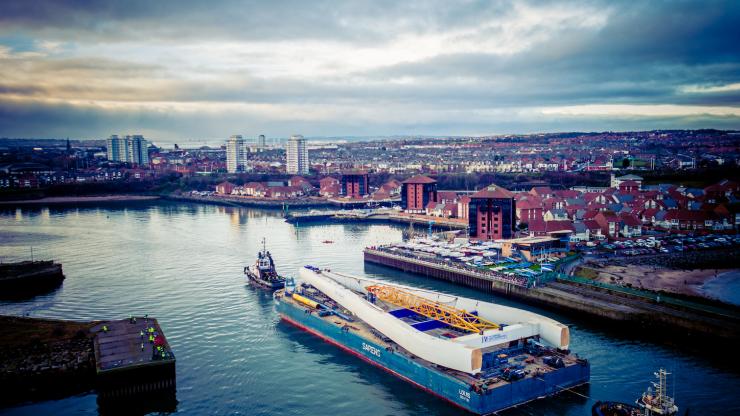 The pylon will form the centrepiece of the cable-stayed bridge, which is on track to open in the spring of 2018.

Port of Sunderland port director Matthew Hunt said that the unusual arrival in the port had caused quite a stir. “The Port of Sunderland plays host to ships and cargo from all over the world and, although some very famous ships were built on the Wear until the late 1980s, we’ve not had anything quite as unique as this pylon for a long time," he said. 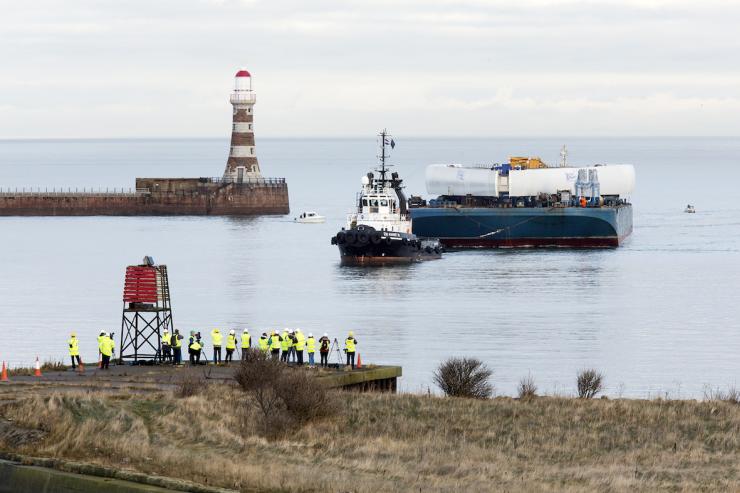 The new bridge will link Castletown to the north of the River Wear with Pallion to the south, and will have dual two-lane carriageways for vehicles, as well as dedicated cycle and pedestrian routes.

The bridge is being built on behalf of Sunderland City Council by Farrans Construction and Victor Buyck Steel Construction, known as FVB Joint Venture. The transportation of the pylon is being carried out by Sarens. Technical solutions and engineering director Carl Sarens said: “Sarens handles heavy and complex cargo worldwide, but being involved in the transport of the pylon, and then the raising of it on site in a few weeks’ time, is extremely complex and has required detailed in-house engineering expertise, working in close collaboration with the Farrans Victor Buyck team." 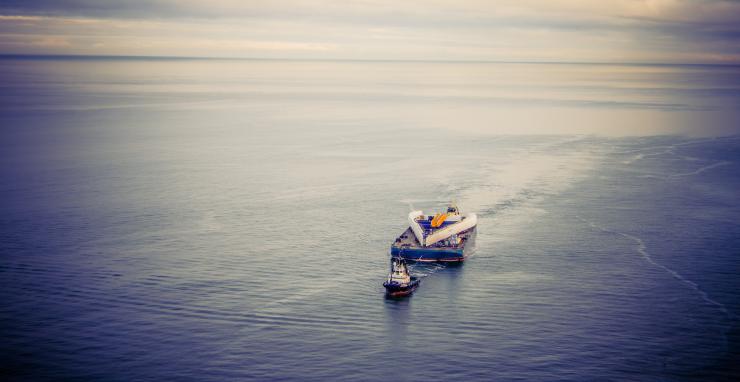 He added: “The first challenge was slowly manoeuvring the pylon out of the fabrication yard and onto the two canal barges, which was a slow process because the ballast of the barges had to be carefully adjusted throughout the operation. Then taking it along the canals, under a series of low bridges, and into the Port of Ghent, where it was transferred to our larger, sea-going barge, required very precise and detailed planning.

"We are delighted to have brought the pylon to Sunderland. It is a magnificent structure, so we are looking forward to seeing it raised into place.”

The transportation to site will be timed to coincide with the high tide. The barge, Louis, that has transported the pylon across the North Sea will be accompanied by tugs as it makes its short journey to site.

The raising of the pylon, which will stand 105m above the River Wear, is expected to take several hours to complete. 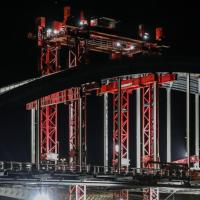