A report into the cancelled Garden Bridge project has said that all key stakeholders – including London's former mayor and current UK prime minister Boris Johnson - are responsible for their part in the scheme’s failure.

The project was beset with a variety of problems right from its inception and was eventually cancelled in 2017 by the new mayor of London, Sadiq Khan.

The new 83-page report - Up the garden path: Learning from the Garden Bridge project - has been published today by the London Assembly’s Garden Bridge Working Group

“In many respects, it was an ambitious project: delivering significant infrastructure within short timeframes and funded primarily by private sources,” says the report. “Delays caused by failure to finalise land rights and planning permissions on both sides of the proposed bridge served to exacerbate the funding insecurity that plagued the project throughout. Further, the governance model established to deliver the project was not fit-for-purpose, which led to poor and non-transparent decision-making at critical stages to resolve these issues.”

It adds: “Throughout all scrutiny processes on this project, key decision-makers involved in all, or part, of the project have passed the buck regarding accountability. All key stakeholders, are, however, ultimately responsible for their part in this project’s failure.” It says that the former London mayor, Boris Johnson, took an active supporting role in the project, by using the functions of his office to issue mayoral decisions that effectively directed the removal of any blocks to development progress.

Over the course of the project, the Garden Bridge Trust was progressively reckless in its decision-making to address its increasingly precarious funding position, the report says. “And critically, Transport for London (TfL) did not use the full extent of its functional and advisory powers to communicate to the Greater London Authority the increasing risk associated with the project; regarding both the precariousness of the Trust’s financial position and its mismanagement during the critical months of late 2015-mid 2016.”

Four recommendations are made by the working group: 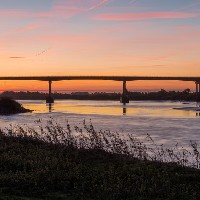