The Canadian city of Brantford has published a report that looks into short- and long-term options for three bridges over the Grand River.

The study encompasses an area starting from 200m north of Lorne Bridge and running to 200m south of the TH&B Railway River Crossing along the Grand River. 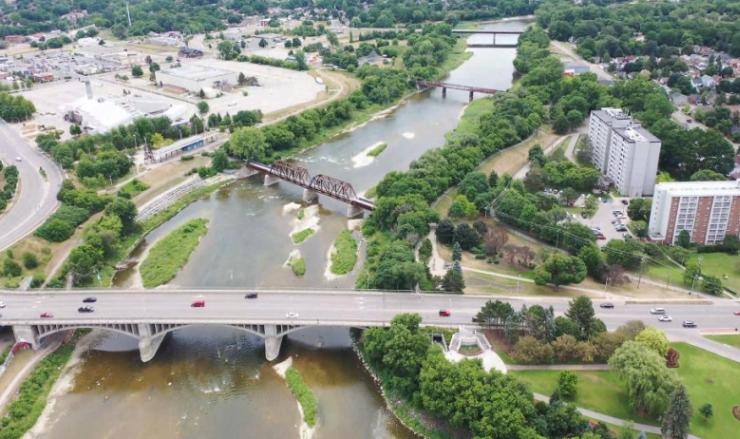 Lorne Bridge currently carries traffic across the Grand River with a 30t load limit in the winter.

Brant’s Crossing Bridge was closed in February 2018 following flooding and ice; the bridge formerly carried pedestrian and cyclist traffic over the Grand River and would require structural repairs in order to be reopened.

The TH&B bridge currently carries pedestrian and cyclist traffic over the Grand River and has been identified as requiring structural repairs to maintain the existing crossing.

The recommended design options for the three bridges are summarised as follows:

The report was produced for the city by GM BluePlan Engineering.