The winning designs for the bridge in New York, USA, have been announced by competition organisers Van Alen Institute and New York City Council. The designs in both the ‘professional’ and ‘young adult’ categories envisage reclaiming car lanes for pedestrians and cyclists.

The winning design in the ‘professional’ category is Brooklyn Bridge Forest (below) by a multidisciplinary collective of architects, conservationists, designers and engineers led by Scott Francisco of Pilot Projects Design Collective. The other team members are Cities4Forests, Wildlife Conservation Society, Grimshaw and Silman. Brooklyn Bridge Forest triples the capacity for active transit, brings forest and green spaces into the city, and establishes a partnership to conserve 200,000 acres of tropical forest. 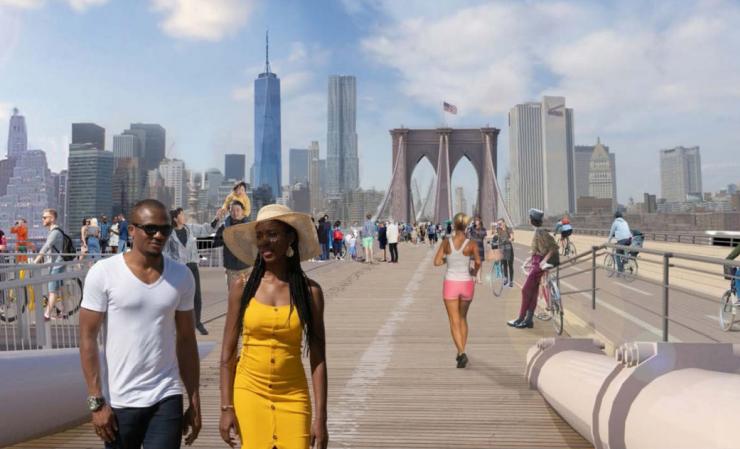 The winning design in the ‘young adult’ category is Do Look Down (below) by Shannon Hui, Kwans Kim, and Yujin Kim of Hong Kong, Bay Area in California and New York. Do Look Down installs a glass surface above the bridge’s girders. 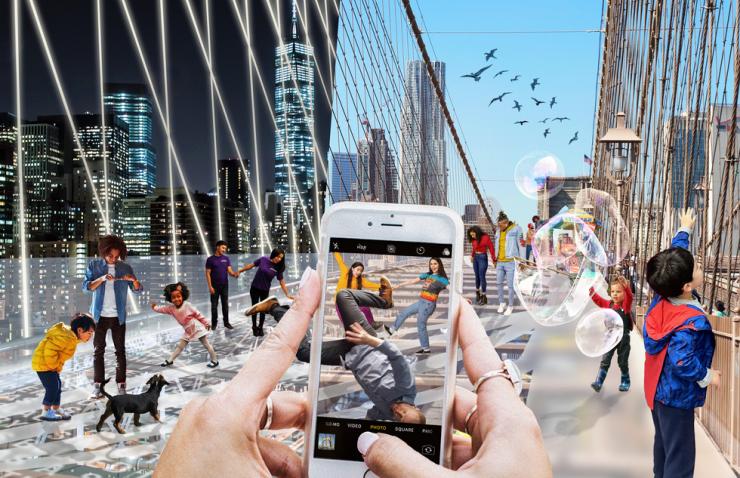 Competition organisers Van Alen Institute and New York City Council said that the design competition aims to spark a new public conversation about New York City’s infrastructure. “As made even more clear by the COVID-19 pandemic, public spaces and transportation options must be designed with equity, health, and sustainability at their core, they said. “With this in mind, the competition’s winning designs reclaim the bridge’s roadways for expanded pedestrian and cyclist use. By centreing climate action, social equity, and creative expression, they also put forth strategies that could improve wellbeing in public spaces across New York City.”

The Brooklyn Bridge Forest design reimagines the structure as an icon of climate action and social equity, improving mobility while respecting the landmark structure. The historic wooden walkway is expanded using planks sustainably sourced from a ‘partner forest’, a community in Guatemala protecting a 200,000-acre rainforest. Biodiverse ‘microforests’ at either end of the bridge bring nature to New York City, and serve as green spaces for underserved communities.

“We are energised by this victory for healthier cities and the global environment,” said team leader Scott Francisco. “Brooklyn Bridge Forest seeks to build a new vision of environmental sustainability and social equity — reimagining this beloved landmark as a way to connect New York City and its residents to forests and natural systems that sustain life for all. We thank Van Alen Institute and the New York City Council for their enormous commitment to this process, and our tens of thousands of supporters in New York City and around the world. We look forward to working with a broad array of stakeholders to advance this vision. Our team is ready and excited to help New York City co-create an optimistic, equitable, and restorative future.”

Do Look Down’s installation of a glass surface above the bridge’s girders is designed to create a whimsical new pedestrian space brought to life through art installations and seasonal programming. The lower roadway is converted into additional pedestrian and cyclist space that also offers opportunities for local vendors and performers. A kinetic paving system draws energy from footsteps in order to power LED displays and projection systems set up on and around the bridge to honour the city’s cultures, histories, and identities in a non-invasive and sustainable manner.

“It’s been an incredible experience taking part in the Reimagining Brooklyn Bridge competition, a challenge originally addressing overcrowding that quickly became about so much more,” said Shannon Hui of the Do Look Down team. “This health crisis, in addition to its intersections with racial and queer injustice, has violently amplified the systemic inequities built into New York’s existing urban infrastructure, and for designers and developers to continue to operate within a vacuum would be to take advantage of a position of immense privilege. We are extremely grateful for the support and resources provided by the Van Alen Institute and the New York City Council to approach this project as an opportunity for us to imagine meaningful public spaces where people can feel seen and heard — and ultimately, belong.”

Each winner was chosen by a combination of public vote and scores from the competition’s interdisciplinary jury.

“With more than 200 submissions from 37 countries, we were incredibly heartened by the extraordinary outpouring of love for this New York icon,” said Van Alen Institute executive director Deborah Marton. “The Brooklyn Bridge is much more than transportation infrastructure; it’s a symbol of New York City itself. The competition’s top proposals demonstrate the Brooklyn Bridge’s potential to be a new kind of icon. The winning and finalist designs all contained excellent elements for us to consider as a city — such as Brooklyn Bridge Forest centreing climate equity and biodiversity, Back to the Future considering the East River crossings as a unified system, or Bridge X introducing new modes of community engagement.” 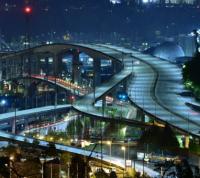 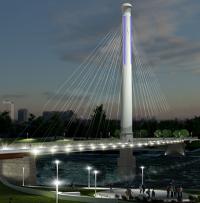