A commemoration ceremony has taken place to mark the start of construction of the US$211 million suicide deterrent system being added to the Golden Gate Bridge in the US city of San Francisco.

Following the ceremony, yellow marigolds were planted alongside the bridge by speakers and the families of some of those who have died there.

In May, contractors will begin installing temporary fencing along the bridge approaches and around the tower legs. They will create detailed measurements so they can begin manufacturing the stainless steel net. In mid-2018, they will begin installation of the suicide deterrent. Similar systems have been used in various locations around the world, but never in this scale. The deterrent at the Golden Gate Bridge will span 2.7km of roadway on each side. It will be located 6m down from the footpath and extend 6m out, over the water. The suicide barrier will be built over four years, with an expected completion date in 2021.

Democratic leader Nancy Pelosi said: “What a bittersweet day. The joy of the prospect of saving lives, the sadness of those we’ve lost. The Golden Gate Bridge is a source of immense pride in the Bay Area, but for far too many families it has also been a place of pain.” She added: “We are honoring a deep moral responsibility to save lives whenever and wherever we can.”

Senator Dianne Feinstein said: “This net is a net whose time has really come. 39 people died last year alone. What you’re doing here today, what the bridge is doing, what the taxpayers are doing, will hopefully turn that number to zero.”

In 2016, 39 people died by suicide on the Golden Gate Bridge. Bridge patrol officers also conducted another 184 successful interventions to keep people from harming themselves at the bridge.

Research indicates that suicide barriers have proven extremely effective. The 1978 Sieden study at the Golden Gate Bridge showed that 90% of those stopped from jumping did not later die by suicide or other violent means. A Harvard School of Public Health article reviewing numerous studies showed more broadly that “nine out of ten people who attempt suicide and survive will not go on to die by suicide at a later date.” 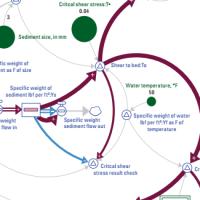