Expressions of interest are being invited for construction of the US$38 million Causeway Pedestrian & Cyclist Bridge in Perth, Western Australia (WA).

The project will construct two bridge sections, with the shorter 140m section connecting the city of Perth to Heirisson Island and a longer 250m section completing the pedestrian and cycle pathway from the island into the town of Victoria Park. 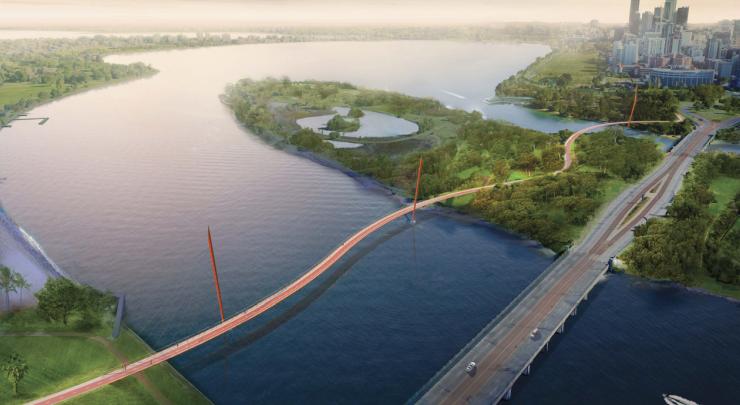 Above: Design by IPV Delft International (indicative image only - subject to change)

Consultation with key stakeholders, including representatives from Aboriginal groups, has played a major role in the development of early concepts for the bridge. The design of the bridge's structural elements is inspired by Aboriginal history and culture, including feature pylons reaching 35m to 40m high. 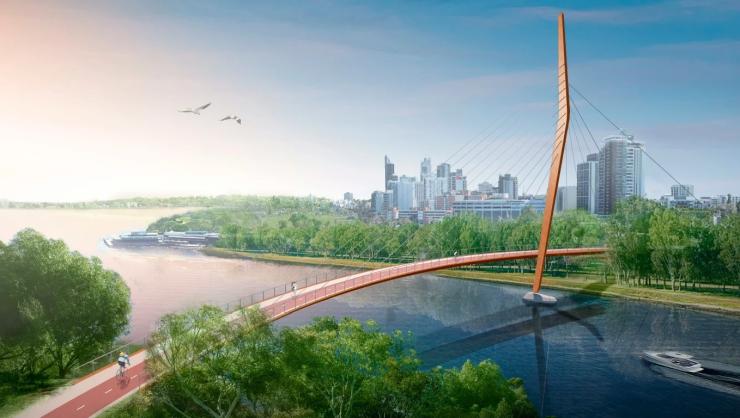 Above: Design by IPV Delft International (indicative image only - subject to change)

Federal Minister for communications, urban infrastructure, cities and the arts Paul Fletcher said that the Causeway Bridge is a key feature of the US$1.15 billion Perth City Deal. "The new Causeway Pedestrian and Cyclist Bridge forms part of the Perth City Deal's CBD [central business district] Transport Plan and will play a major role in promoting active transport in Perth,” he said. “We are investing in the vibrancy of the Perth CBD while creating a legacy of public infrastructure.”

WA minister for transport and planning Rita Saffioti said the current Causeway Bridge was one of the busiest connections into central Perth but the current path was too narrow to accommodate demand from people walking, running and riding. “The new Causeway Bridge will become another iconic structure across the Swan River, joining the WA-built Matagarup Bridge as another major attraction,” said Saffioti.

The bridge and associated paths will see an investment of US$38 million and support 350 jobs, assisting the state's post-Covid recovery, she added. The project is jointly funded by the Australian and Western Australian governments.

State member for Perth John Carey said the bridge would be a significant future tourism asset while delivering much needed cycling and walking infrastructure between Perth's CBD and Victoria Park. “This forms part of a whole range of cycling improvements we are undertaking throughout the Perth CBD as part of our record cycling investment,” he said. “Great liveable cities around the world encourage cycling and walking: it encourages healthier communities, creates activated streets and builds vibrant neighbourhoods.”

More than 1,400 cyclists and 1,900 pedestrians funnel through the existing two-metre-wide Causeway path each day.

It is expected the contract for the bridge will be awarded this year with construction to start in 2022. 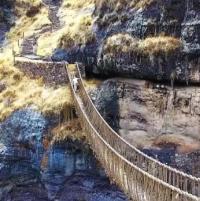