Several people were injured yesterday when a pedestrian bridge collapsed onto a busy road in Washington DC, USA.

The bridge collapsed onto the I-295 freeway, blocking both directions in the area around Kenilworth Ave and Polk Street NE. 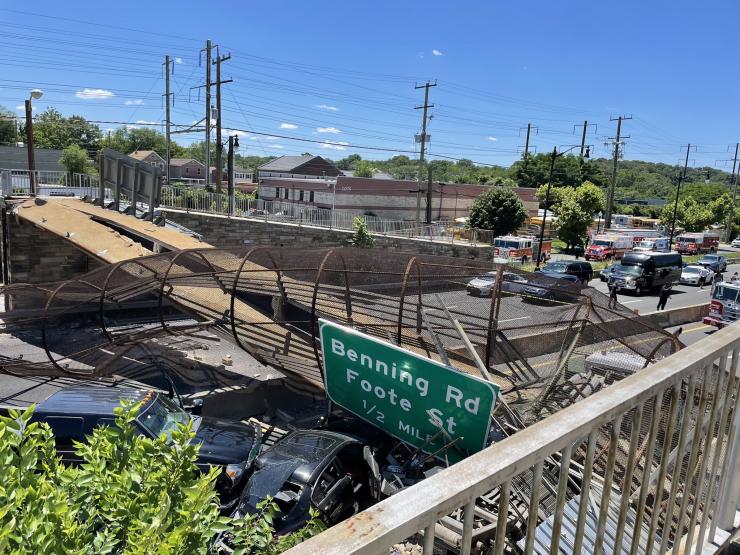 Above: photo by DC Fire & EMS

Local reports say that the collapse was caused by the bridge being struck by a vehicle. 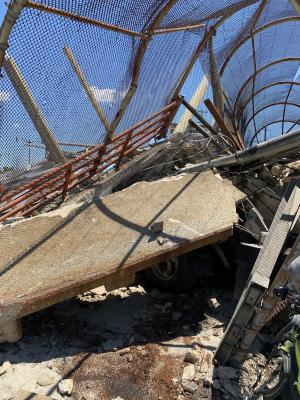 The city’s emergency response team, DC Fire & EMS, said that four injured people had been transported to hospital and that a hazmat team had to deal with a fuel leak from a truck that was partially beneath the bridge.

At least one other vehicle was struck by debris.