The contracting team has been chosen for a US$463 million project to replace a 3km bridge over the Potomac River in the USA.

Maryland Transportation Authority (MDTA) has approved the award of the contract to Skanska-Corman-McLean (SCM) Joint Venture.

The team will design and build a replacement for the Governor Harry W Nice Memorial/Senator Thomas ‘Mac’ Middleton Bridge, which connects Charles County in Maryland to King George County in Virginia.

The existing two-lane Nice/Middleton crossing, which opened in December 1940, willl be replaced by a four-lane structure.

Plans for the project were approved in 2016 (link opens in new tab).

SCM had the highest rated proposal and the lowest bid price for the project. Construction will begin in early 2020 and will create more than 500 jobs. The new bridge is expected to open by 2023. 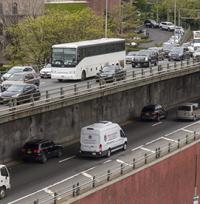 Designer picked for bridge serving the Port of Indiana 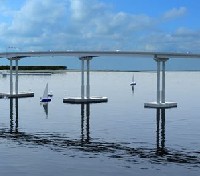