A US contractor has been fined US$189,000 following a fall that resulted in multiple injuries to two workers on the Ross Island Bridge project in Portland, Oregon.

The Oregon Occupational Safety & Health Division (Oregon OSHA) has issued the fines to Abhe & Svoboda Inc for nine safety violations - two of them classed as ‘willful’ - that exposed employees to death or serious injury as they worked on the project to restore the bridge. A willful violation occurs when an employer intentionally or knowingly allows a violation to occur.

The citations follow Oregon OSHA’s investigation into the accident, which happened on 8 February 2017.  Each violation, though different in detail, involved the same grave problem: a failure to protect workers from falls that would seriously hurt or kill them, said the investigators.

The accident happened underneath the bridge, where a suspended scaffolding system was installed. An employee was working on an upper deck, about 11m above a lower platform. He fell through a ladder opening, landing on an employee who was working directly below on the lower platform. Both employees survived the accident, suffering multiple injuries.

The employee who fell was not protected by a fall protection system, per Oregon OSHA's rules. An estimated eight employees were exposed to this hazard when the accident occurred, according to the investigation.

Other failings that were found included that:

Oregon OSHA said that, during the investigation, the corporate safety manager for Minnesota-based Abhe & Svoboda spoke dismissively of Oregon's workplace safety rules, saying they change too much.

"Each and every year, falls are one of the major sources of serious injury and death in Oregon workplaces," said Oregon OSHA administrator Michael Wood. "There is never a good reason to ignore the need to protect workers from such hazards. Yet, this employer brushed off time-tested fall protection rules that are designed to prevent injuries or deaths." 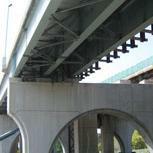