Transport for London (TfL) has published details of all the money spent on the Garden Bridge project, which was cancelled in 2017.

TfL’s detailed breakdown of the Garden Bridge Trust’s final expenditure on the project shows that a total of almost US$67.7 million was spent on the project. The final public spend will be about US$54.4 million.

The Garden Bridge Trust (GBT) had been fully responsible for the construction and management of the project since November 2015. It confirmed in August 2017 that the project would no longer be progressing (link opens in new tab).

Publication of TfL’s findings follows a year-long review of the GBT’s request for payment under an underwriting agreement. The aim has been to ensure that the final cost from any part of the public purse is kept to a minimum.

Up to US$76 million of public funding had been made available to the Garden Bridge Trust, split between TfL and the Department for Transport (DfT). Approximately US$46.8 million of this funding was paid to the GBT in a series of grant payments tied to specific funding conditions.

TfL has now confirmed that the final amount payable to the GBT is just under US$7 million. This will come from DfT funding, and includes about US$630,000 for future liabilities and contingency associated with the formal wind-up of the trust. The amount is about 40% lower than it could have been, said TfL. The public-sector spend will be split between TfL (approximately US$30.4 million) and the DfT (US$24 million).

All documents and assessments relating to the review of the underwriting have now been made public. The documents include a full line-by-line breakdown of all expenditure on the project.

TfL director of city planning Alex Williams said: “We worked to ensure that the cost to the public sector has been kept to a minimum, and having carefully reviewed the Garden Bridge Trust’s request, we have now confirmed the final payment legally required under the terms of the underwriting agreement made by the Government. This formally ends our involvement with the project.” 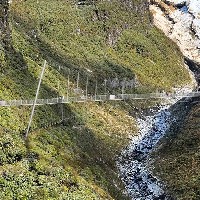